Three years is not a long time for such a poor nation to recover from a devastating earthquake. It’s not for lack of trying. There are signs of recovery despite all the obstacles (kinda like New Orleans after the flood).

The food in Haiti is way better than anywhere, even New Orleans. I realize I will get pushback from that statement, but I stand by it. I am now determined to add Haitian cuisine to my already fine repertoire of deliciousness. Here’s the first wonderful dish that greeted me on my arrival: 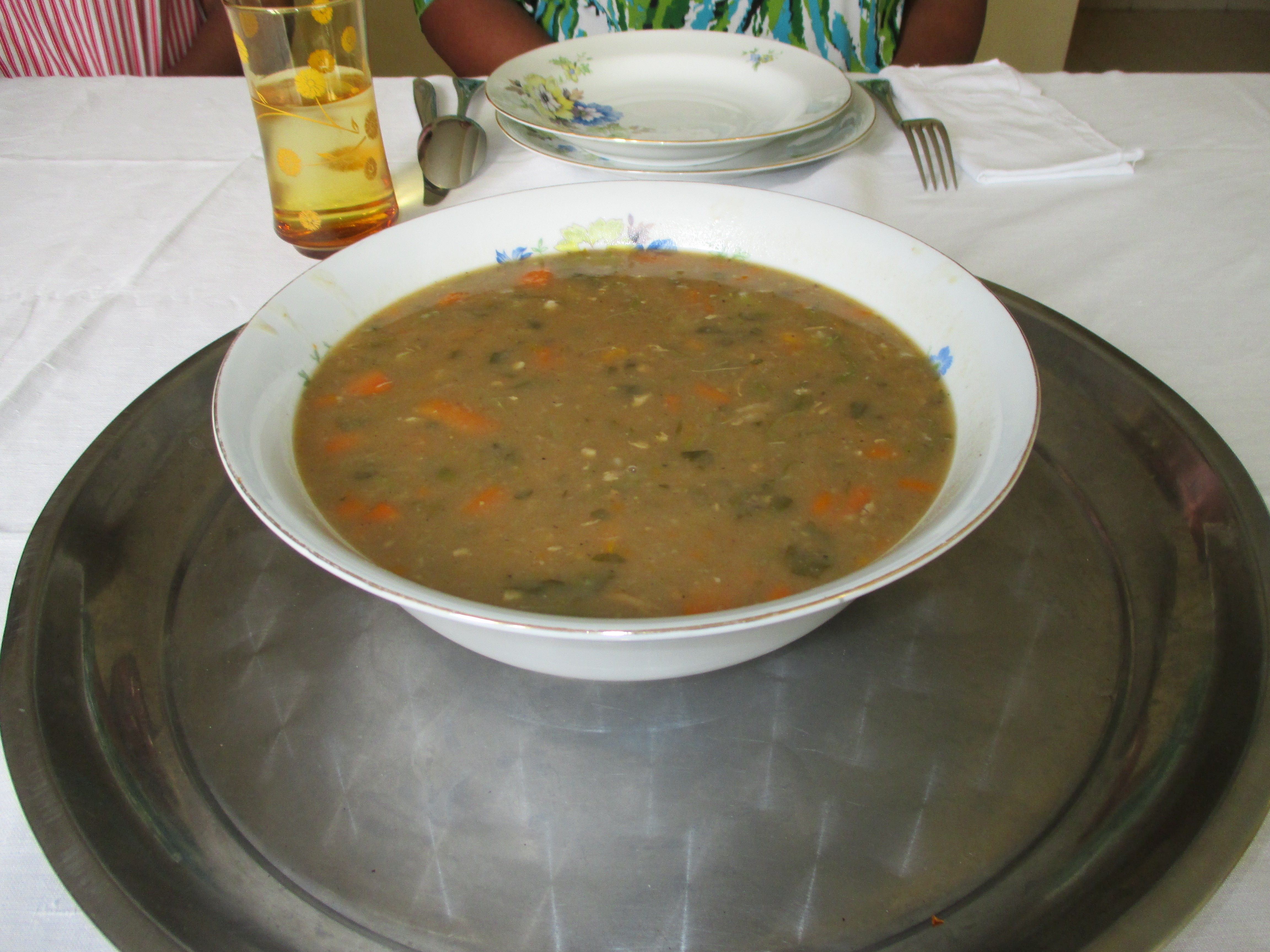 I think this was called “bouillon”, it was a soup/stew made with chicken and unusual tubers and things that only grow in Haiti. It was delicious. Haiti grows all kinds of things I’ve never tasted, or even heard of! 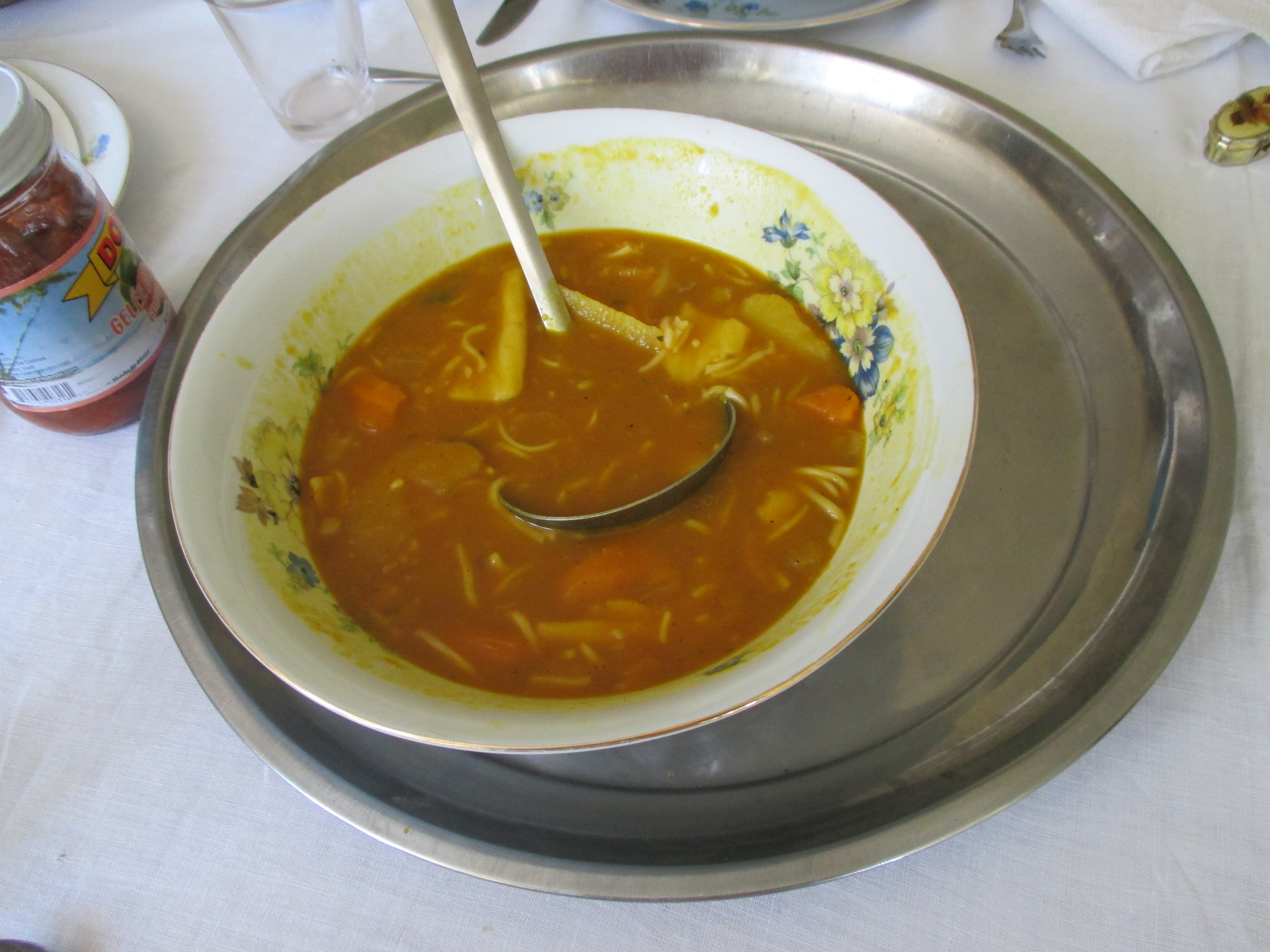 The traditional Sunday breakfast is soup Joumou, made with a type of pumpkin or squash. It is served on New Year’s Day to celebrate Haiti’s liberation from France. This soup was forbidden for slaves to eat (even though they were the ones who prepared it). Now it represents Haiti’s independence and it too is delicious. This is a shot of what I had on my Sunday morning (We dug in before I took the photo, I have no control).

Haitians make a “black” rice dish with a mushroom called “djon djon” which only grows there. I brought a couple of packages home to see if I can make some for my ball&chain. They like to season their bean dishes with cloves and other spices, and there’s a condiment called “pikliz” which is a like a very spicy coleslaw and is served with fried stuff. Like plantains or Griot which is an outstanding fried pork dish.

Here’s a shot of the one I made when I got home: 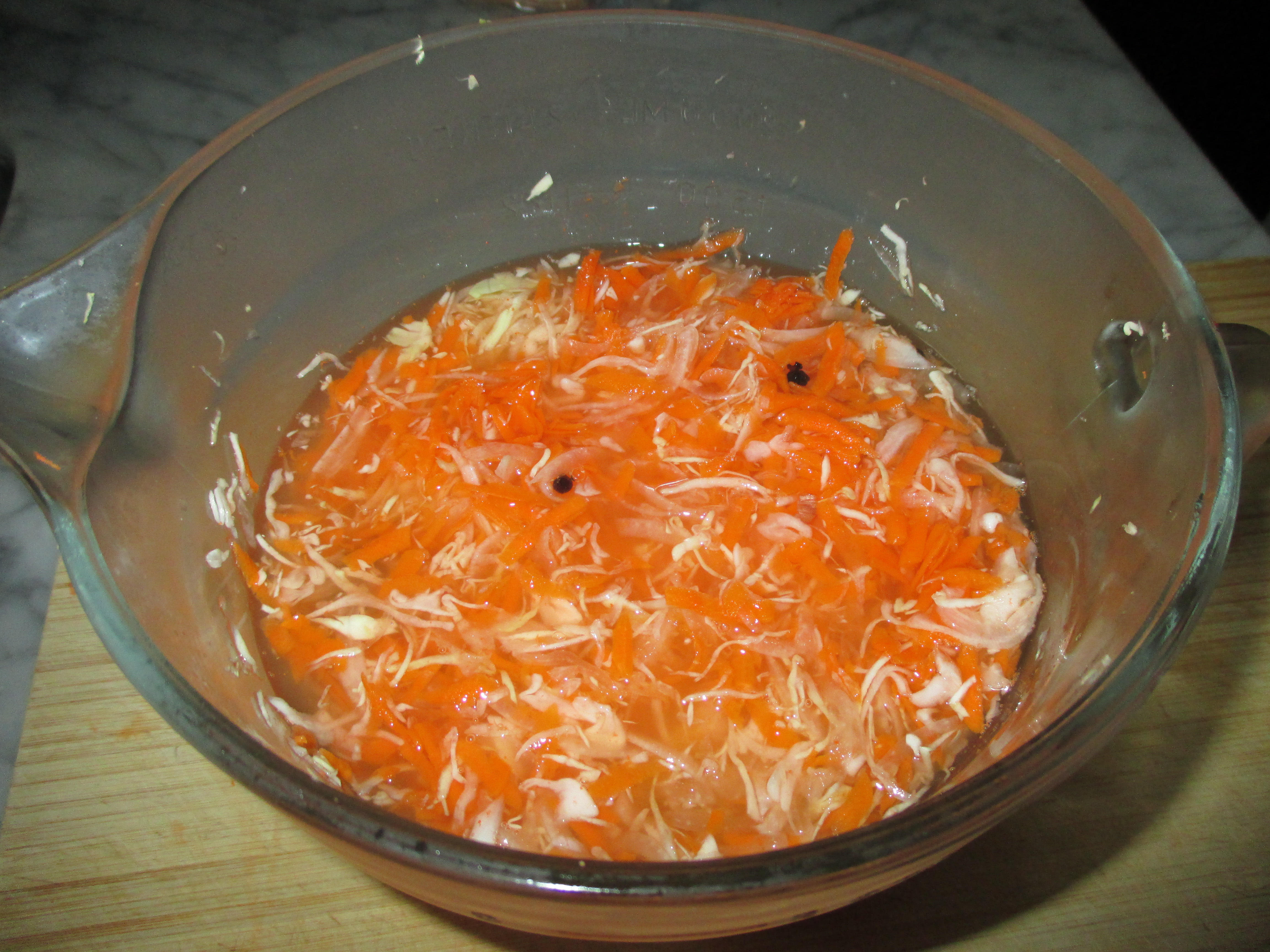 It went great with my first attempt at Poulet Creole!

One of my favorite things was a dip called “Chiktay”. The one I had was made with smoked herring; blended with a mix of peppers and spices. I ate it before I thought of taking a picture. Sorry.

Here’s a fun aside: 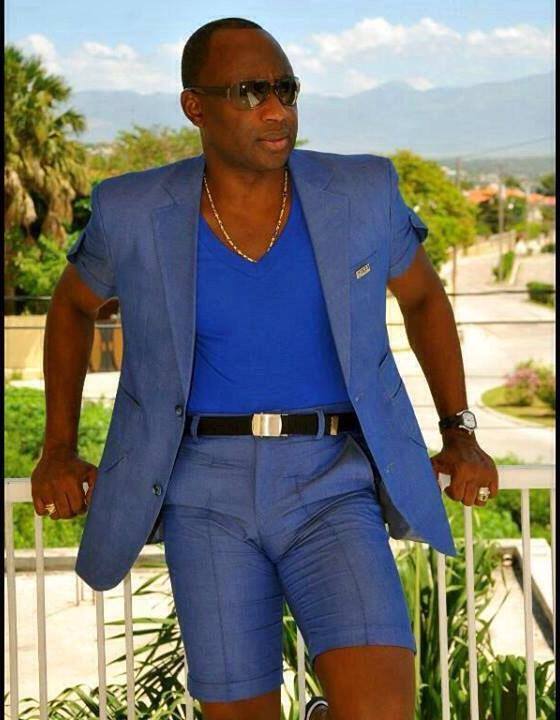 This has got to be THE most interesting former Chief of Police in the world. Now a fashion designer. Check out the stylin’ outfit. 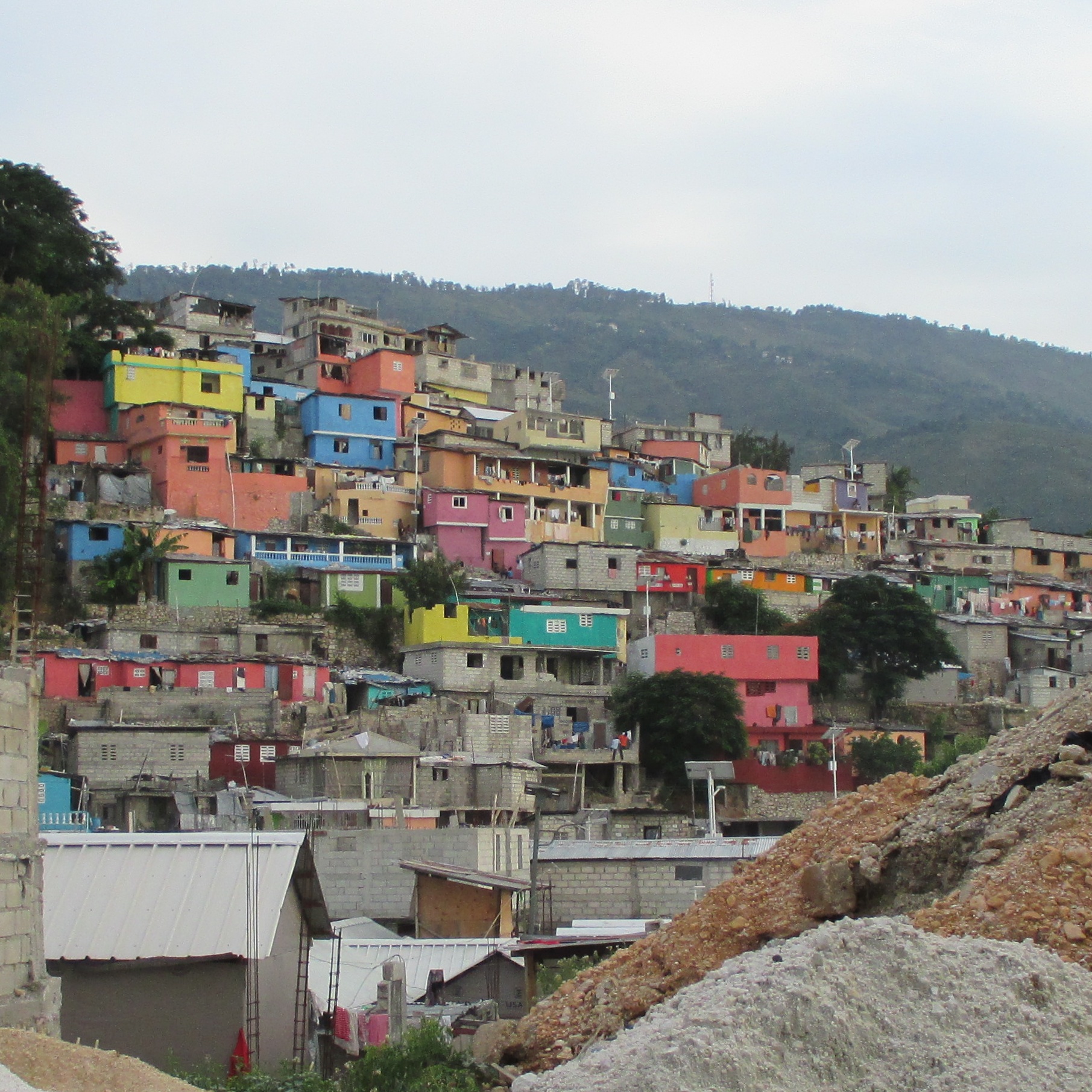 The word “Haiti” means “land of mountains” and they aren’t kidding. The whole place is just one big hill after another. This is why (I decided) there are no fat people in Haiti. 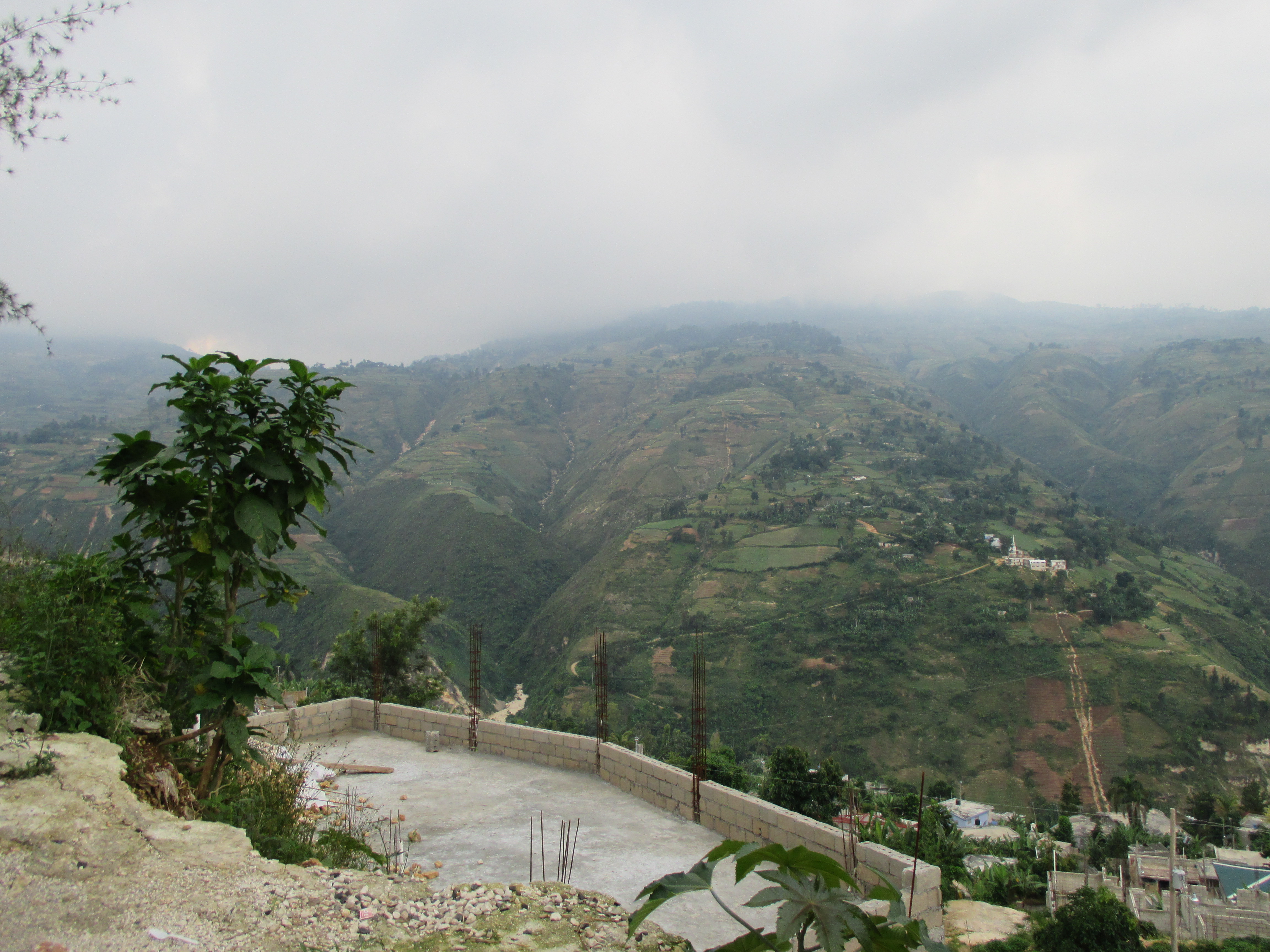 View From Kenscoff – An Upscale Suburb of Port au Prince

One day we took a ride out to Jacmel, a gorgeous old town with a stunning coast. 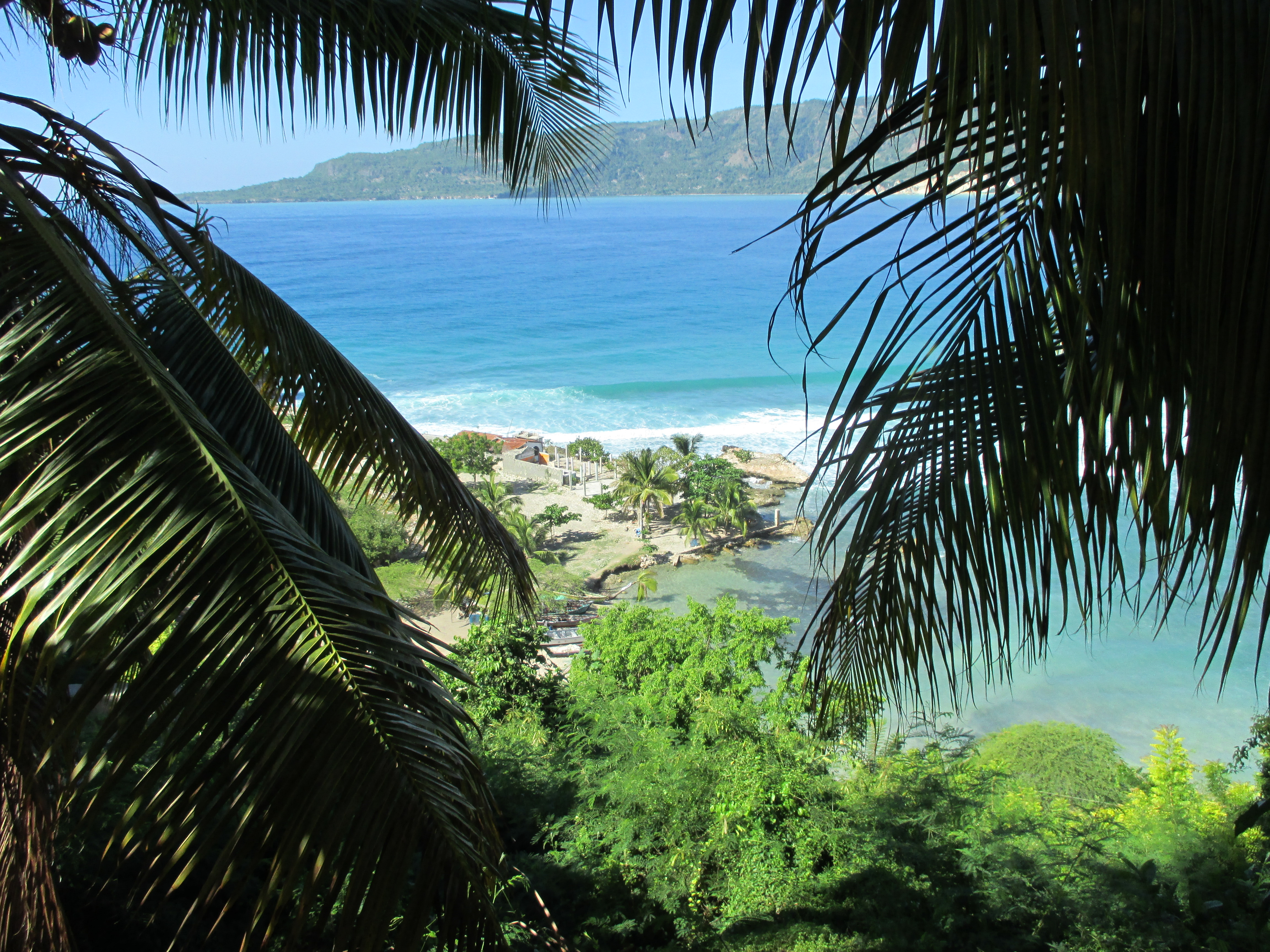 Parts of old city were damaged in the earthquake too, but Jacmel is being rebuilt, along with a new boardwalk – an attempt to regain tourism. The cruise ships have stopped coming, and the locals are definitely feeling the pinch. Check out this extraordinary mosaic that guides you to the shore: 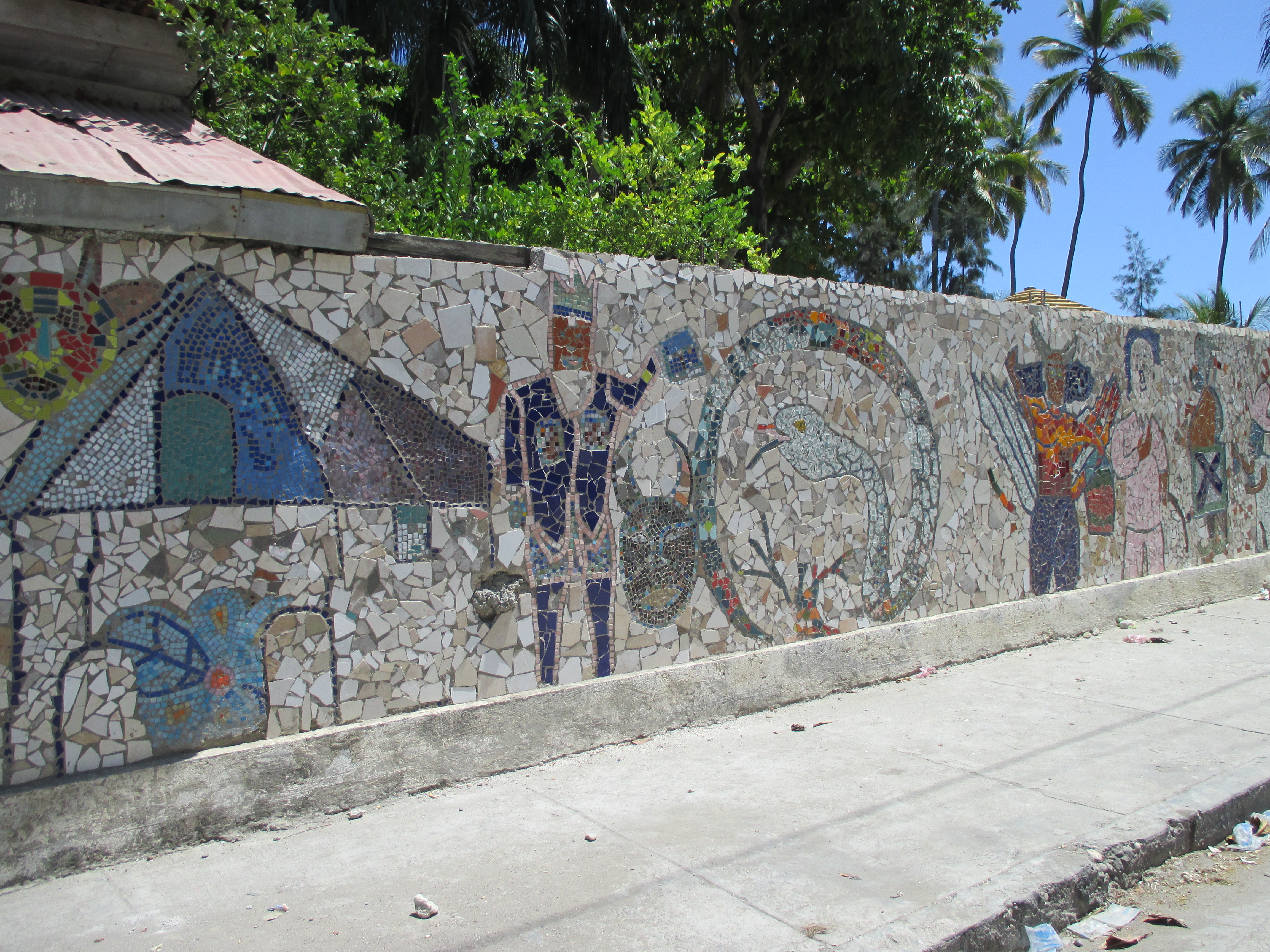 Part of the Mosaic Wall In Jacmel

Unfortunately, the people who have the most, often do the least. This is one of the oldest houses in Jacmel, owned by the wealthiest family there. Note the lethargic upkeep. So like New Orleans. Sigh. 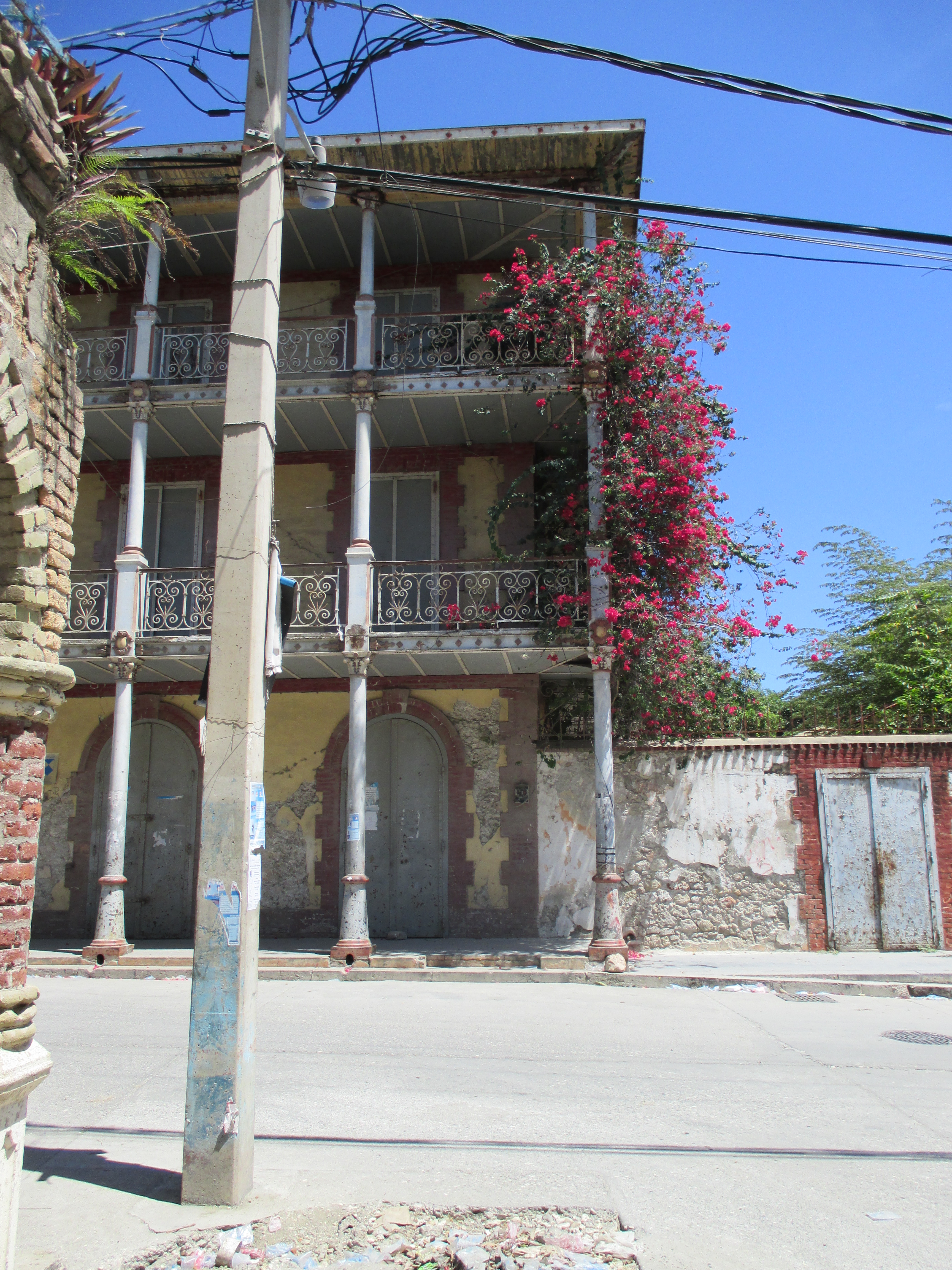 They also own this one across the street. It’s shameful. Just saying. 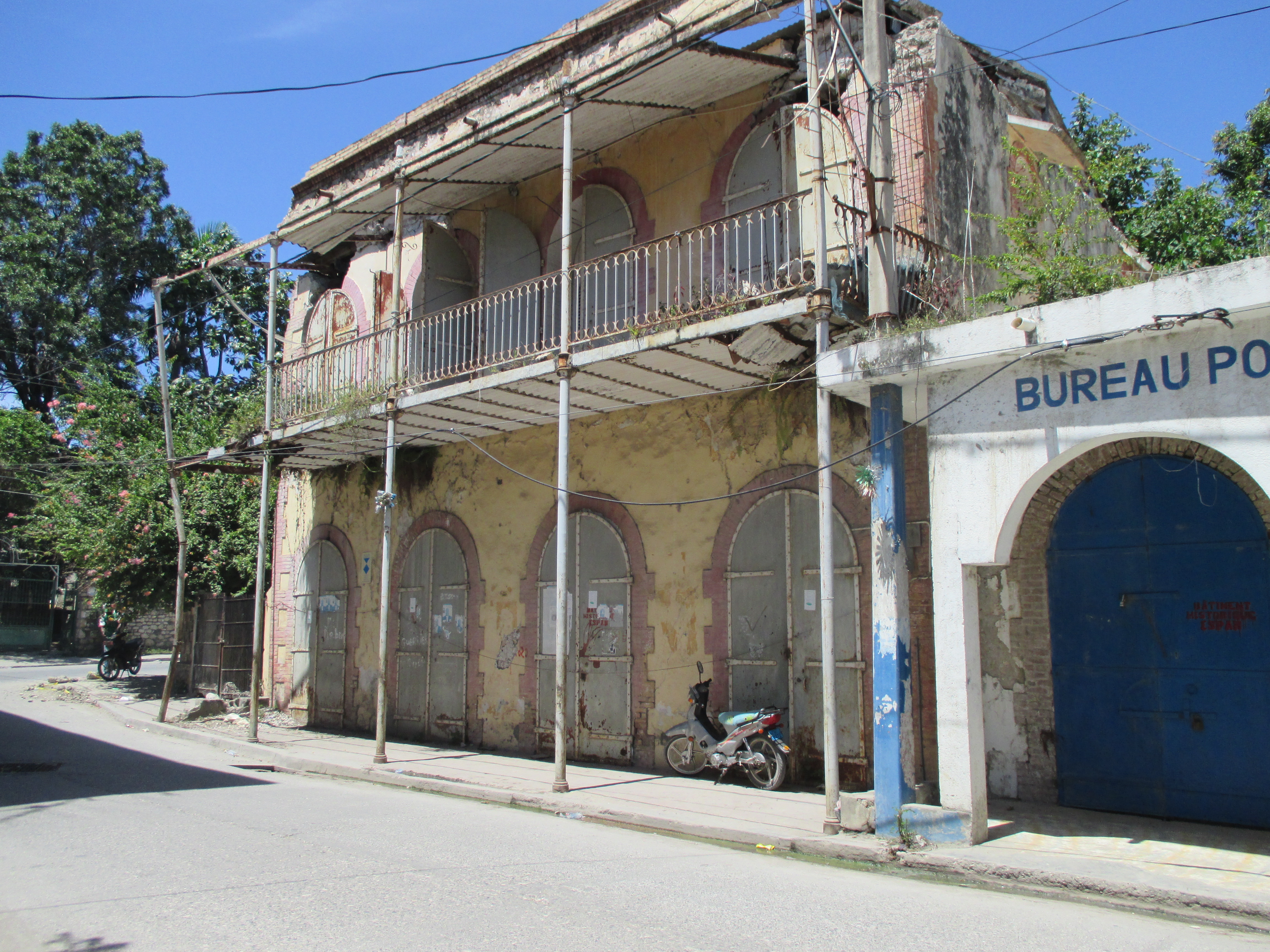 On a positive note, this is one of several art/craft shops with colorful wares spilling onto the streets of Jacmel, note the protective overseer! 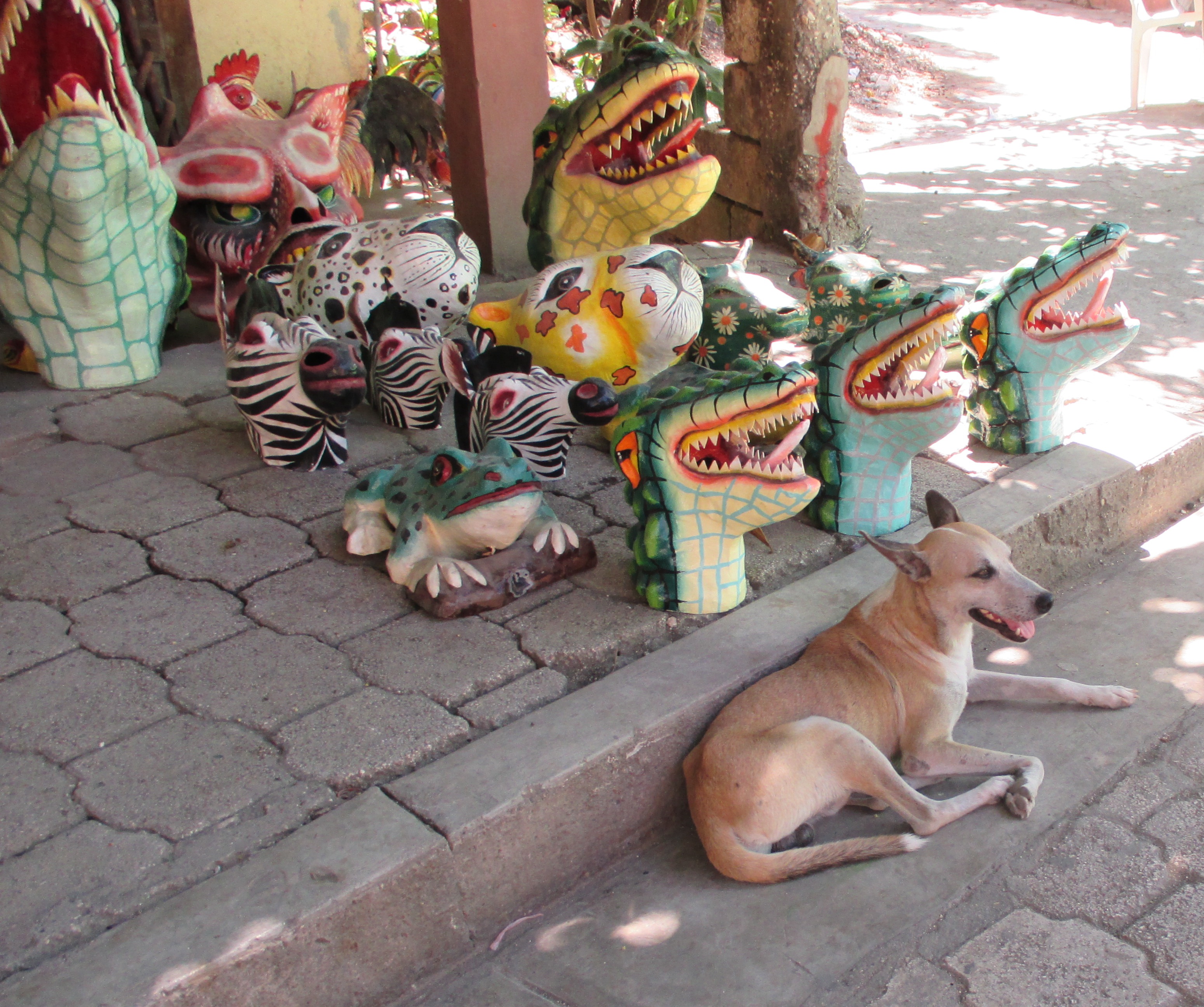 The spirit of the people of Haiti is astounding and inspiring. Given what they’ve been through they are striving to make the best of it. Many Haitian/Americans have come back to their roots to help in the rebuilding process. I applaud their efforts. 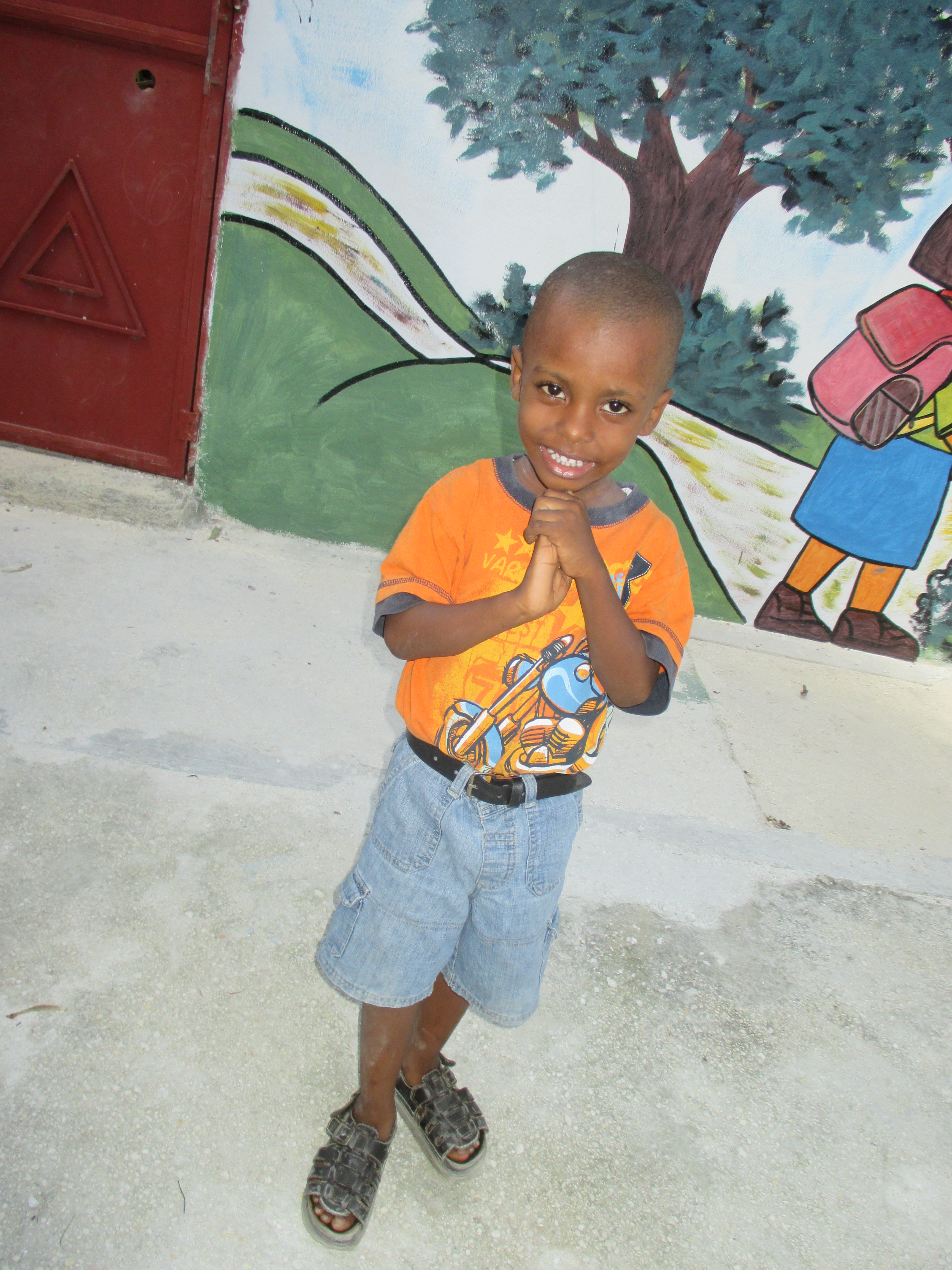 One of the most important resources for the future of Haiti is the children. If you would like to help, you can “like” this page: https://www.facebook.com/StickingUpForHaitianChildren and maybe even purchase a pair of hand painted drumsticks. The $$ will go to an orphanage and school (that I had the privilege of visiting – I am still tingling from all the hugging and kissing that swarmed around me by itty bitty humans!) There is so much to do, and every little bit helps. While you’re at it (shameless plug) you can stop by and “like” MY page too: https://www.facebook.com/LedaJewelCo

I realize this is a jewelry blog, and I’ve gone off topic. However, I have always been drawn to the Haitian culture without even trying (see last year’s post “That Old Black Magic” April 2012). To end this post, I will present an encore edition (with better photos!) of some of my Wanga pieces. (Wanga is a magical charm, or spell, taken from Haitian Creole). With links to the shop – of course. 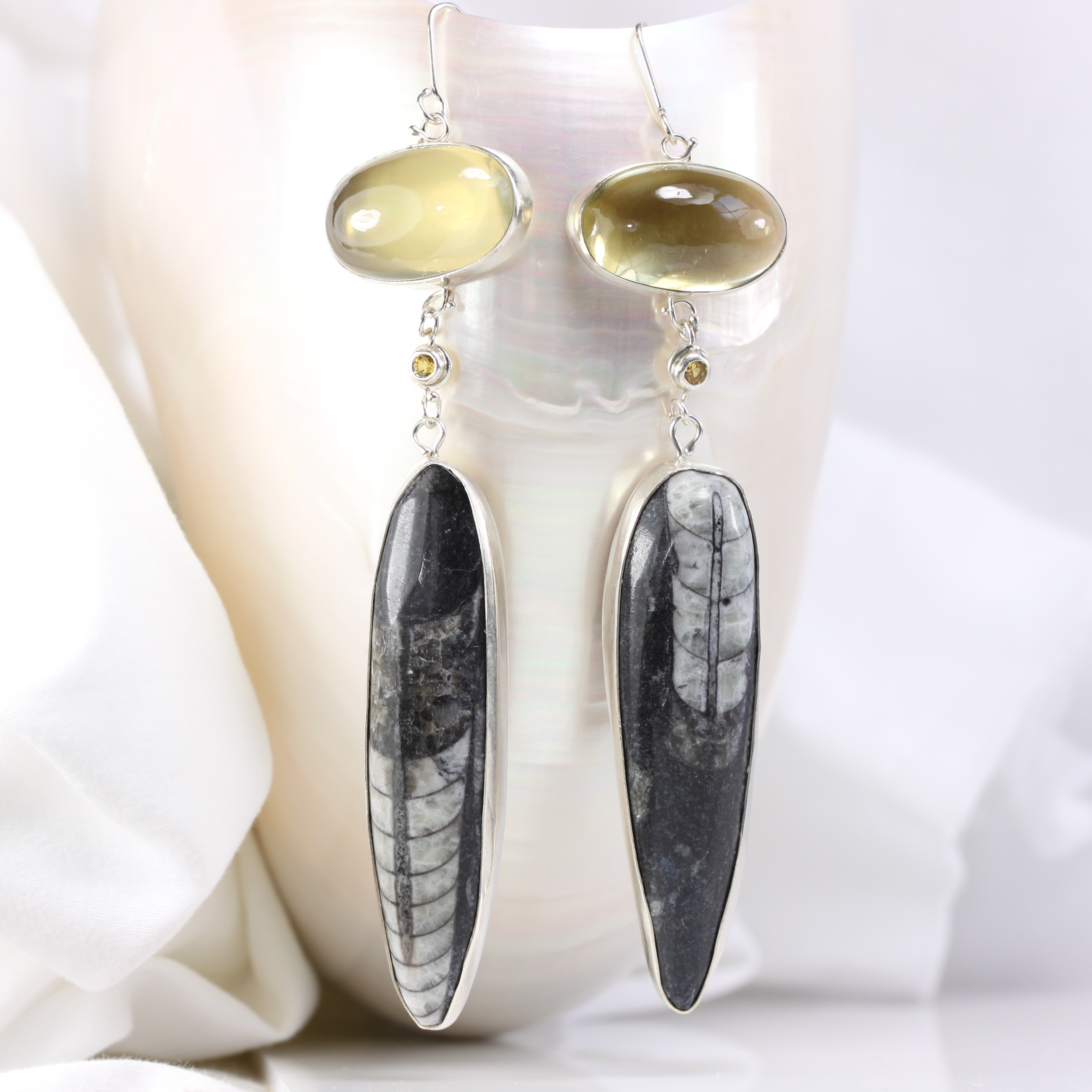 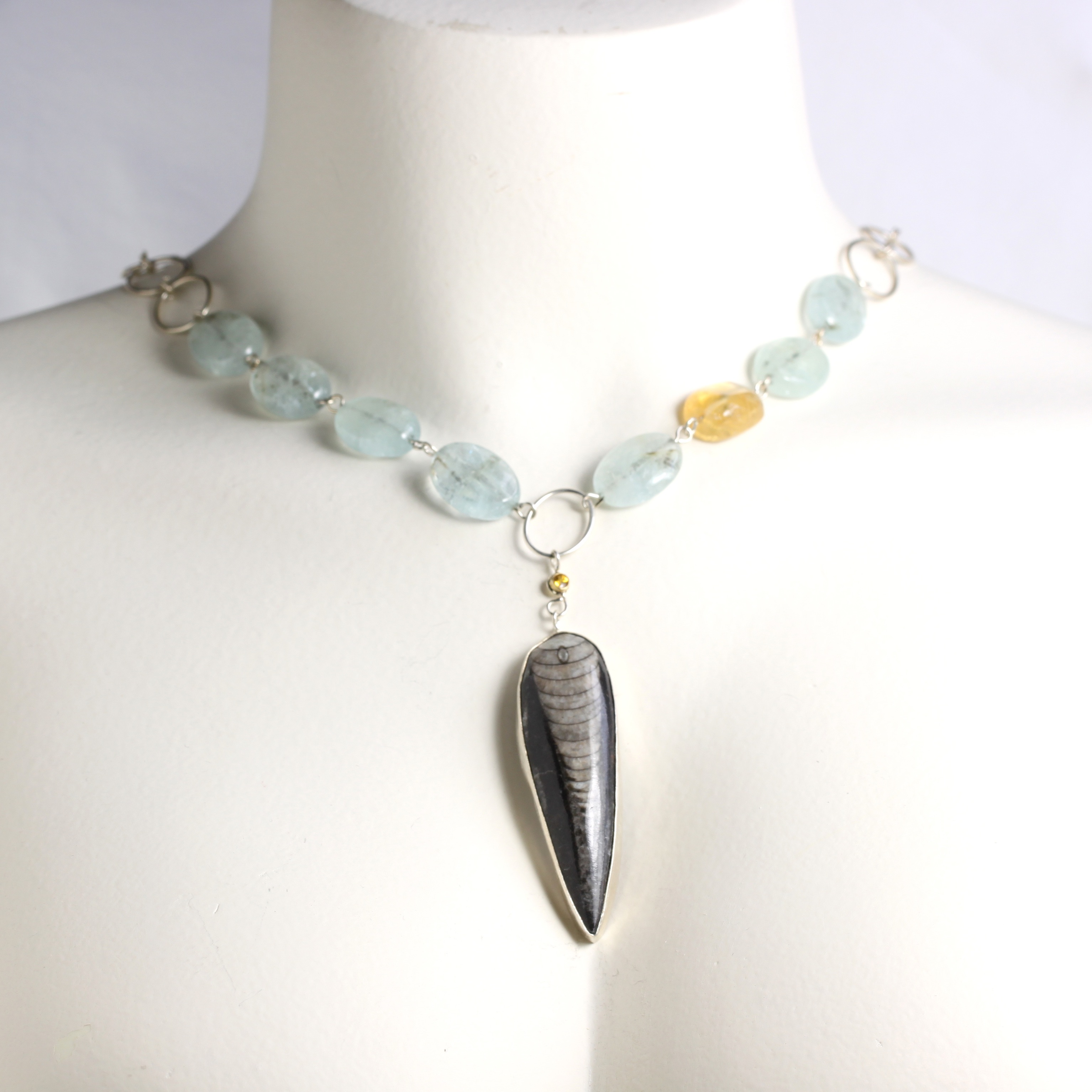 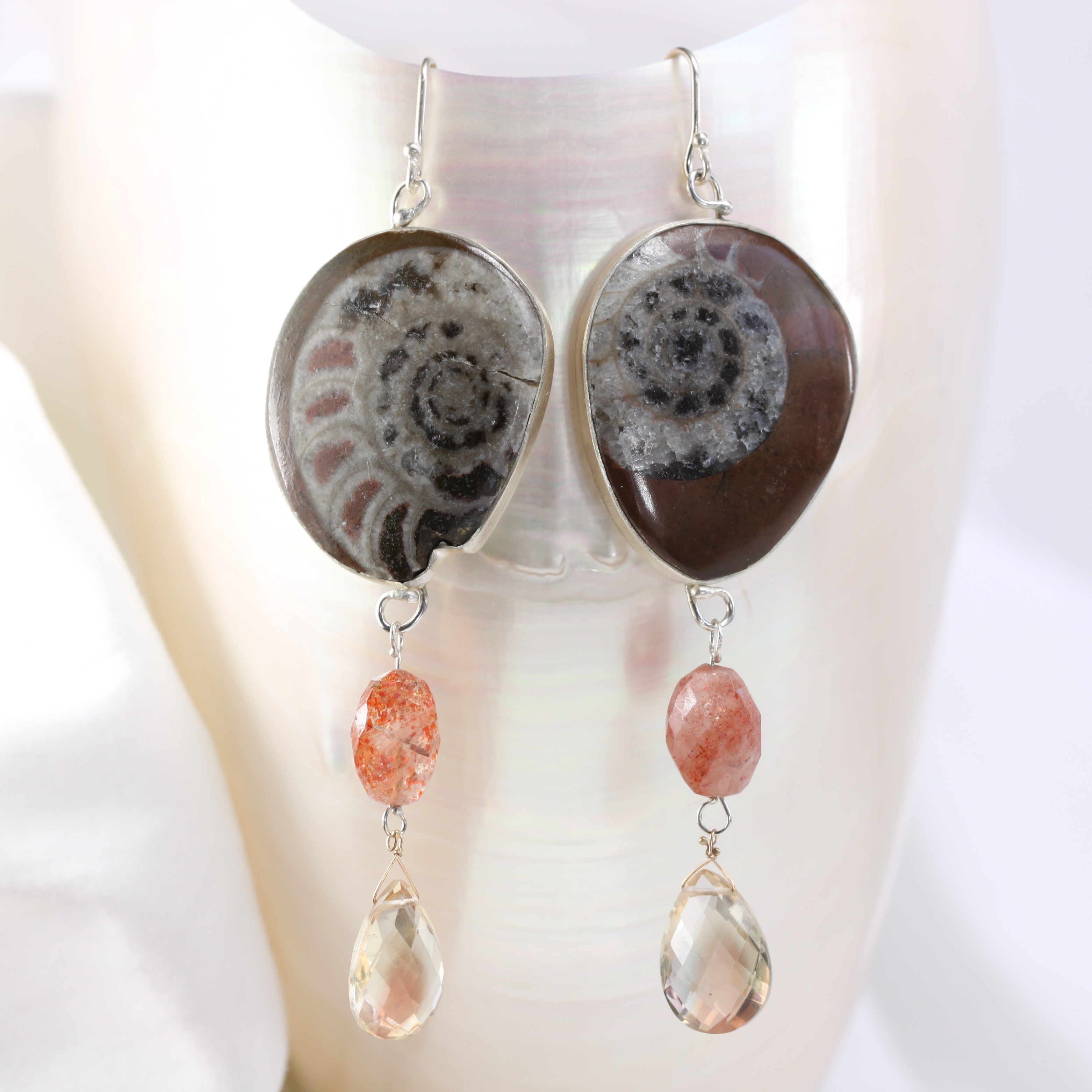 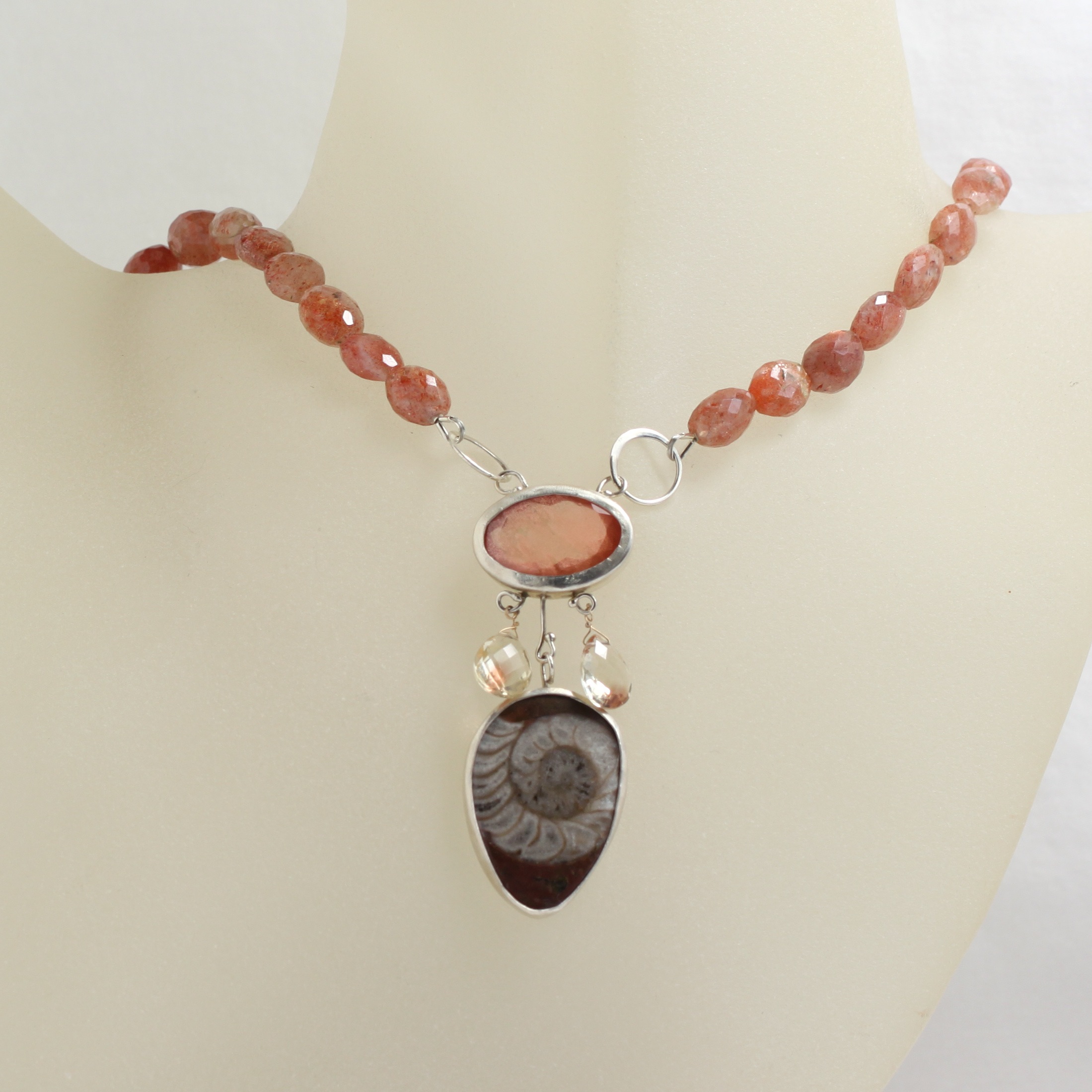 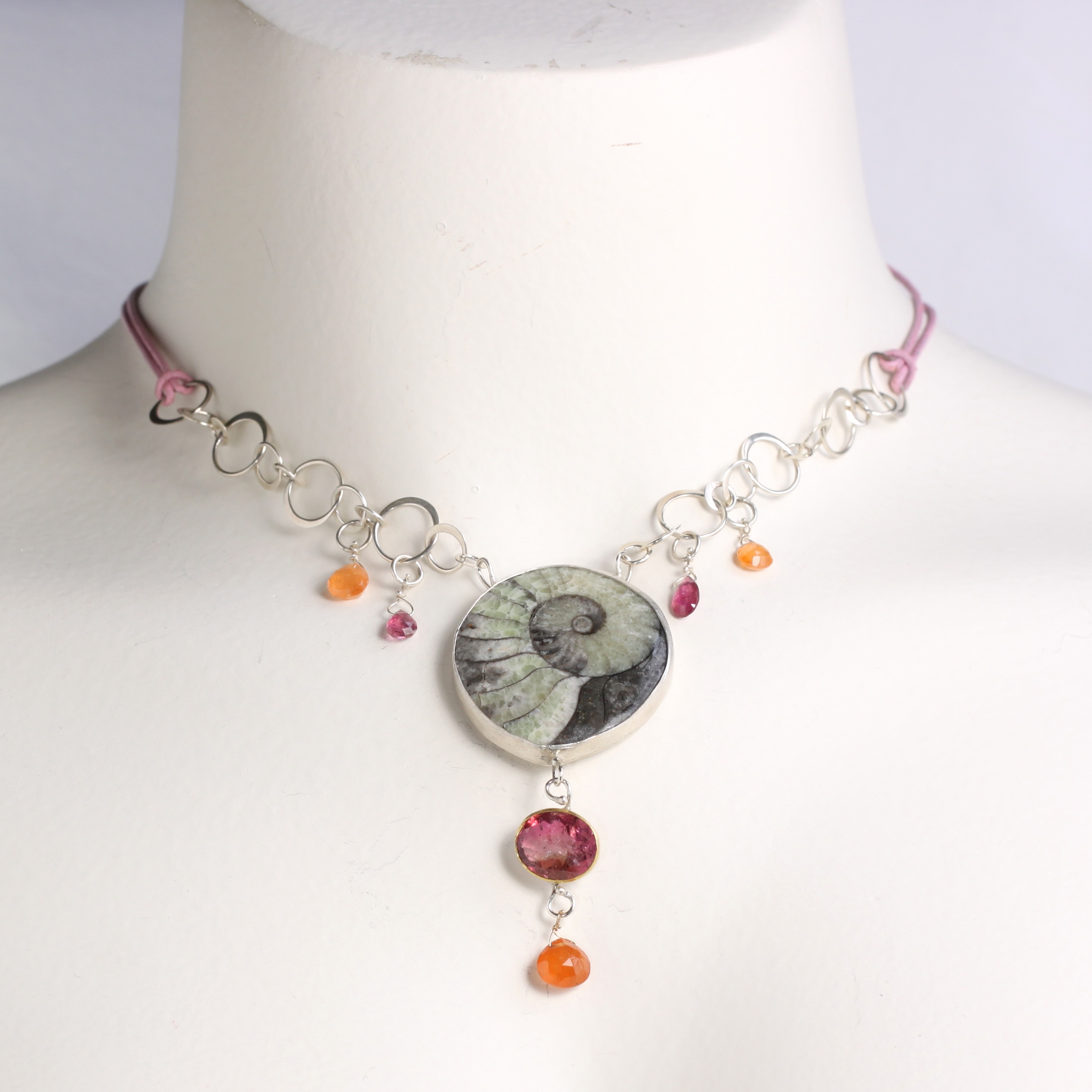