Oy what a year this has been. I have seen the inside of way too many funeral homes, and the waiting room of my eye doctor’s practice just a little too often. I usually don’t mind the eye doc (he’s kinda cute) but I got this stupid eye thing called a corneal ulcer that kept rearing it’s ugly head. Apparently it’s more painful than pink eye, plus it’ll blind you! I suggest avoiding both.

In between funerals and eye appointments, I found some visual inspiration: 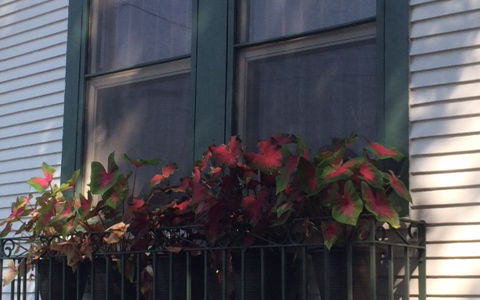 Tourmaline plants in New Orleans. The locals call them caladiums.

It doesn’t take much for me to pull out a stash of tourmalines. I thought I should do a post on rubies since it’s July (what’s left of it!) and that’s the birthstone. They represent health, wealth, love and wisdom. What’s not to like? I generally shy away from rubies for a variety of reasons (human rights issues, stones “filled” with glass etc) but this year I scored a batch of “raw” slices from Mozambique. So before July bit the dust, I turned one of the slices into a ring. 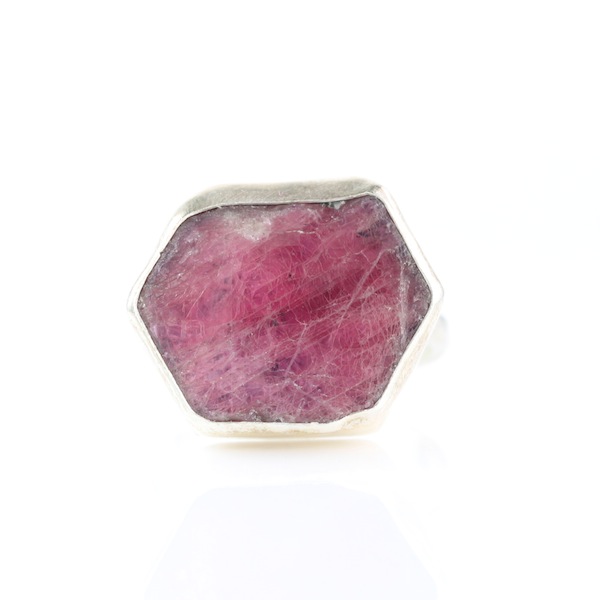 I’ve been hoarding this ruby in matrix rock for awhile. 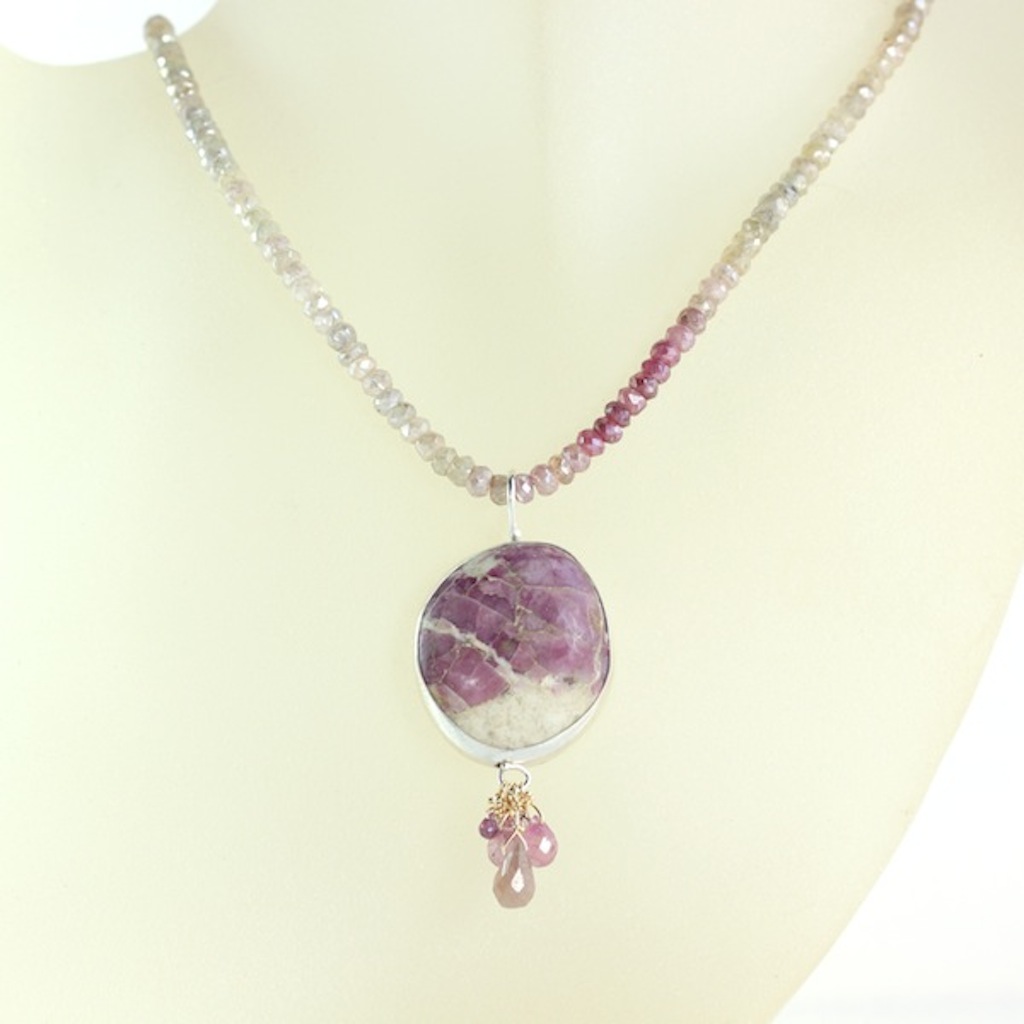 Here’s the back end, with the handmade endcaps and hook. 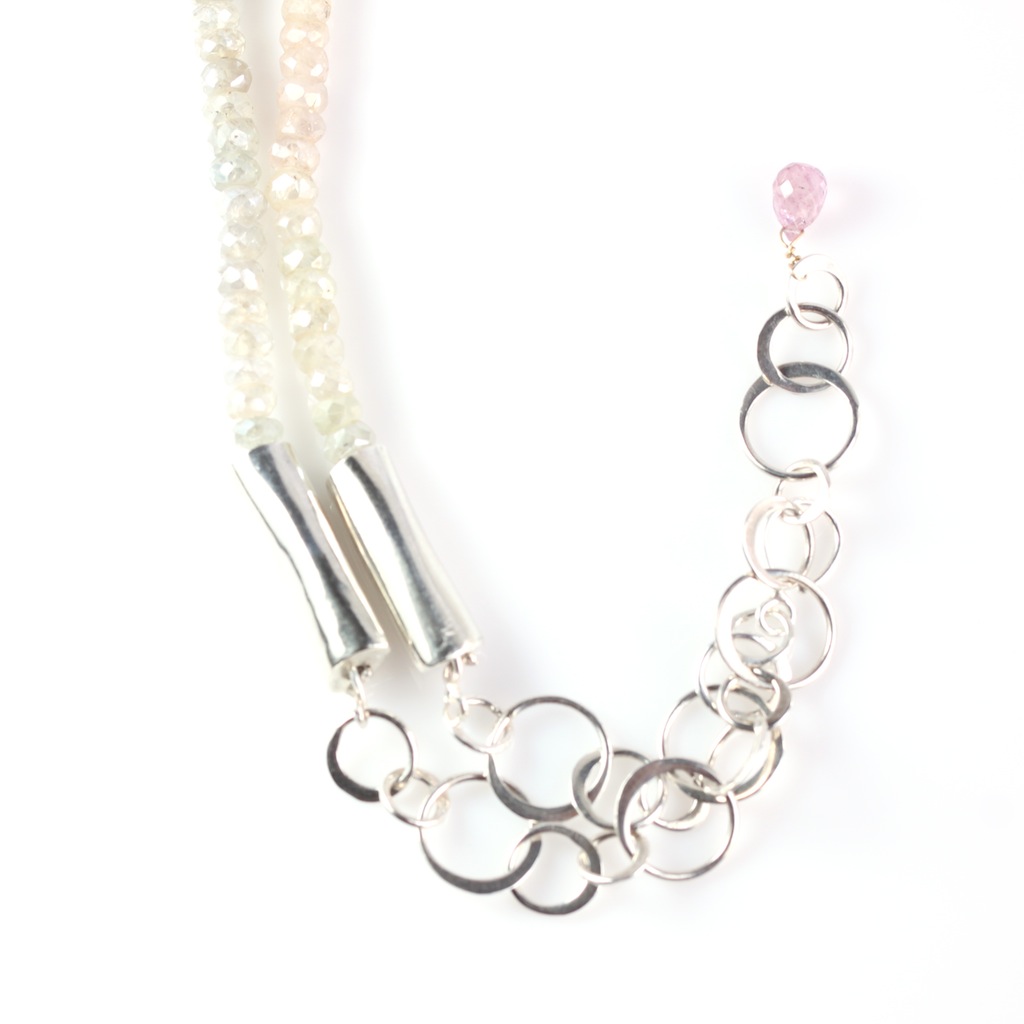 So enough with the rubies, let’s get to the tourmalines! Slices of summer! 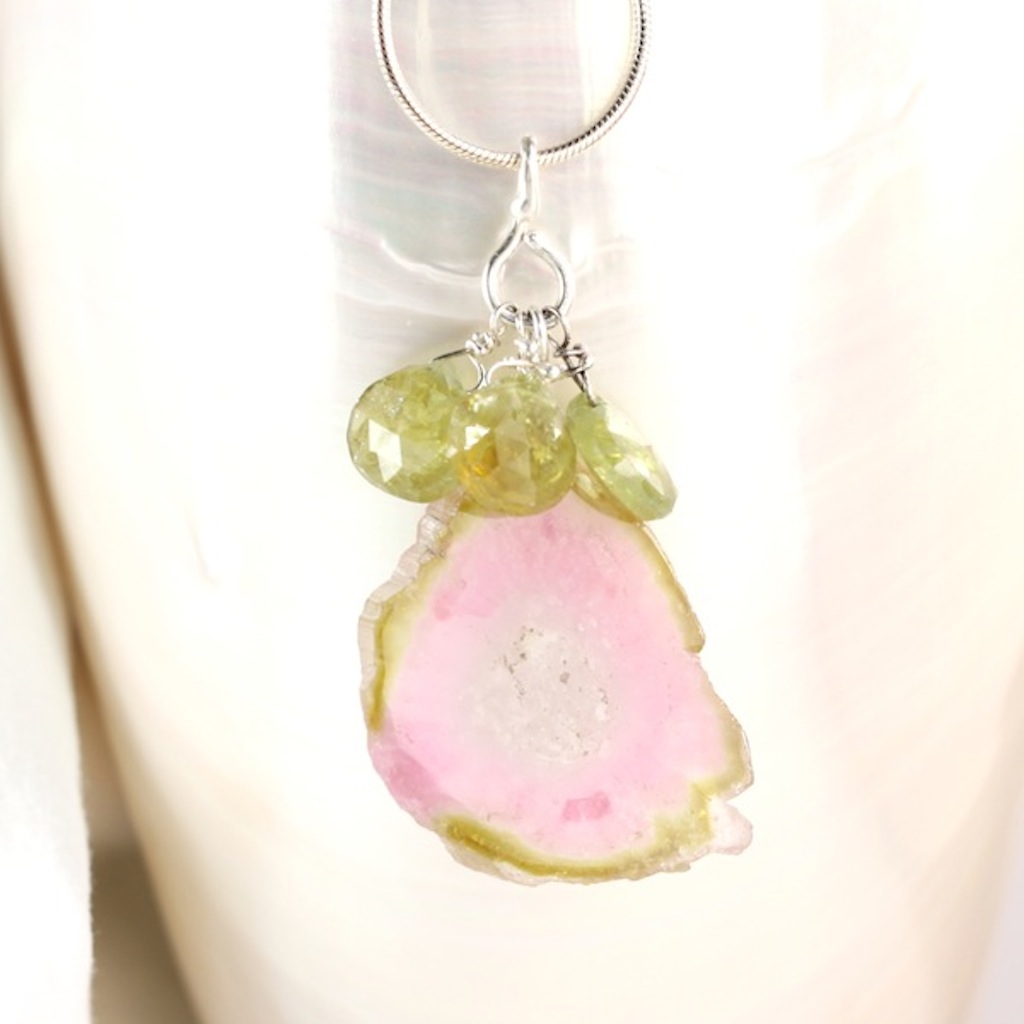 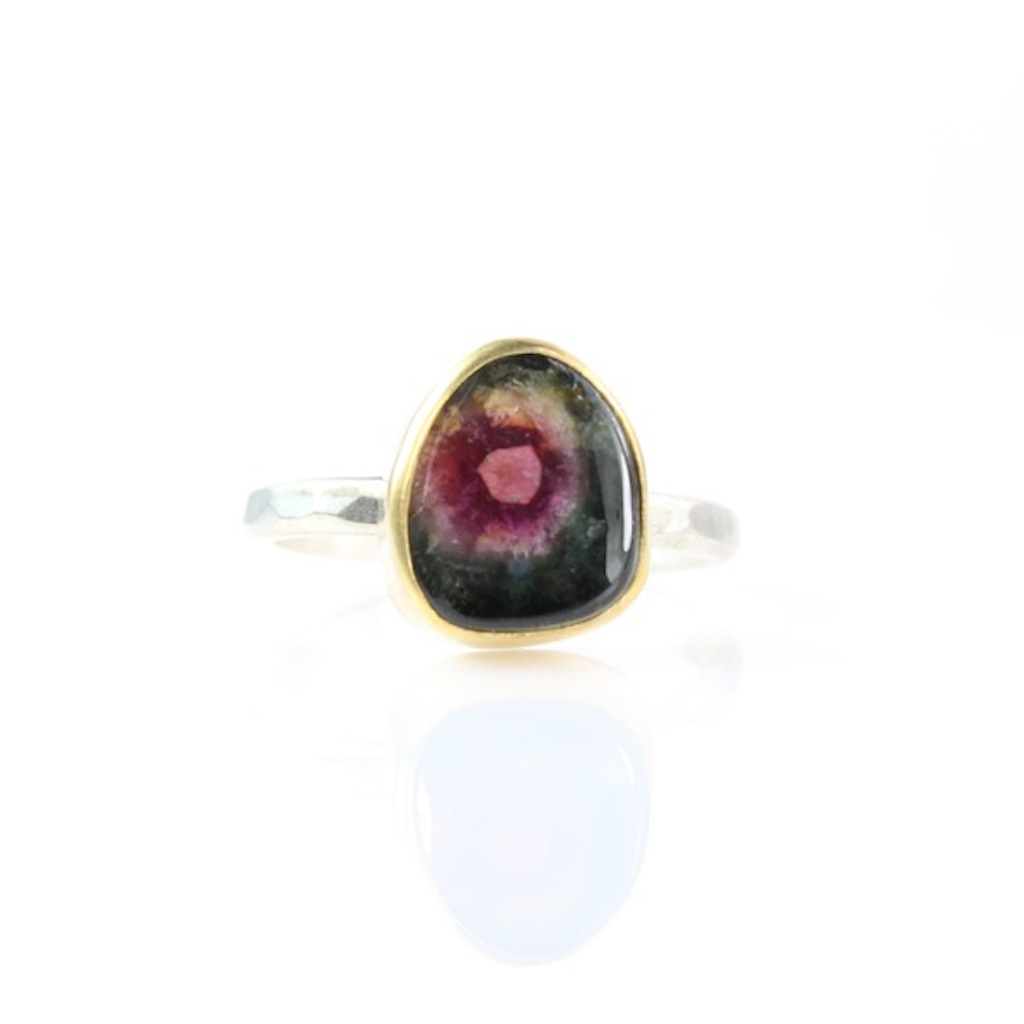 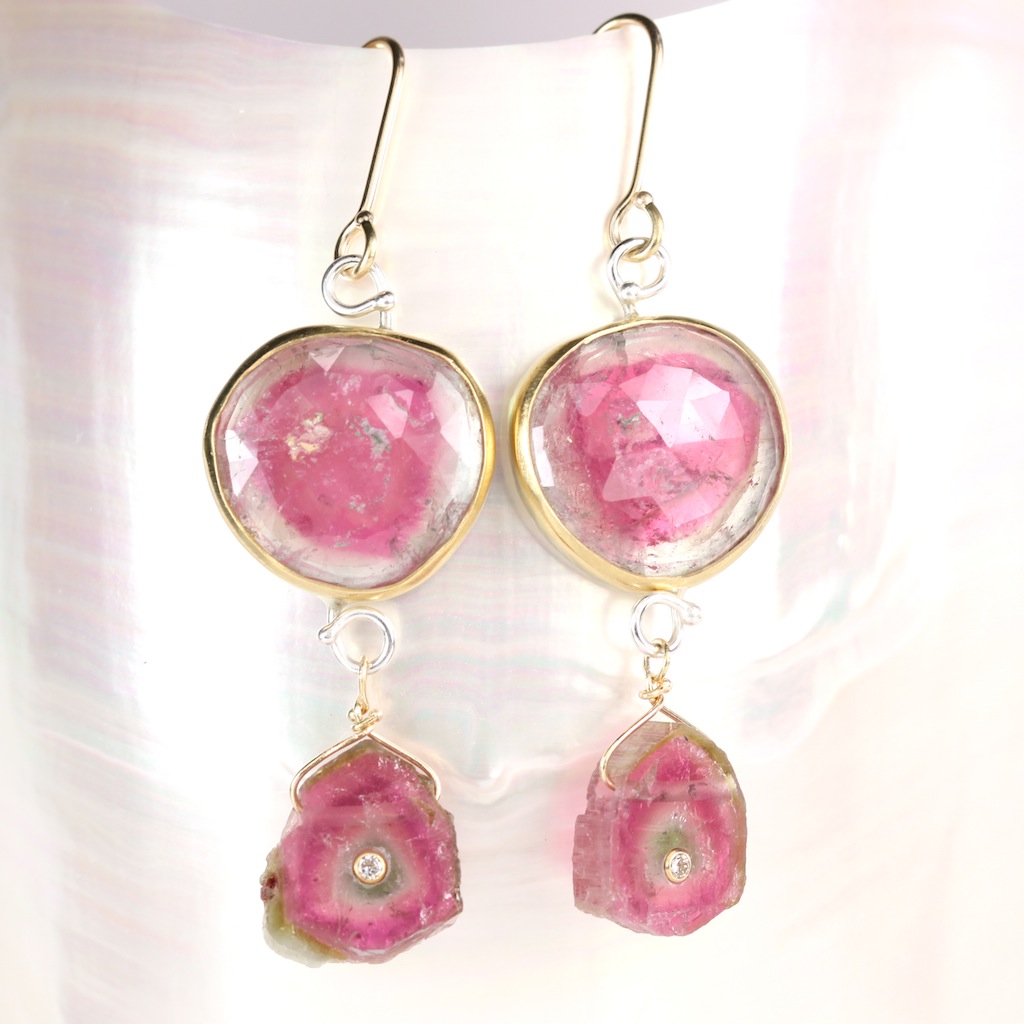 Did you know that “orchid” tourmalines are THE thing for a 28th anniversary? Apparently, guys know this better than women. I thought that was interesting. So here’s one for the guys. 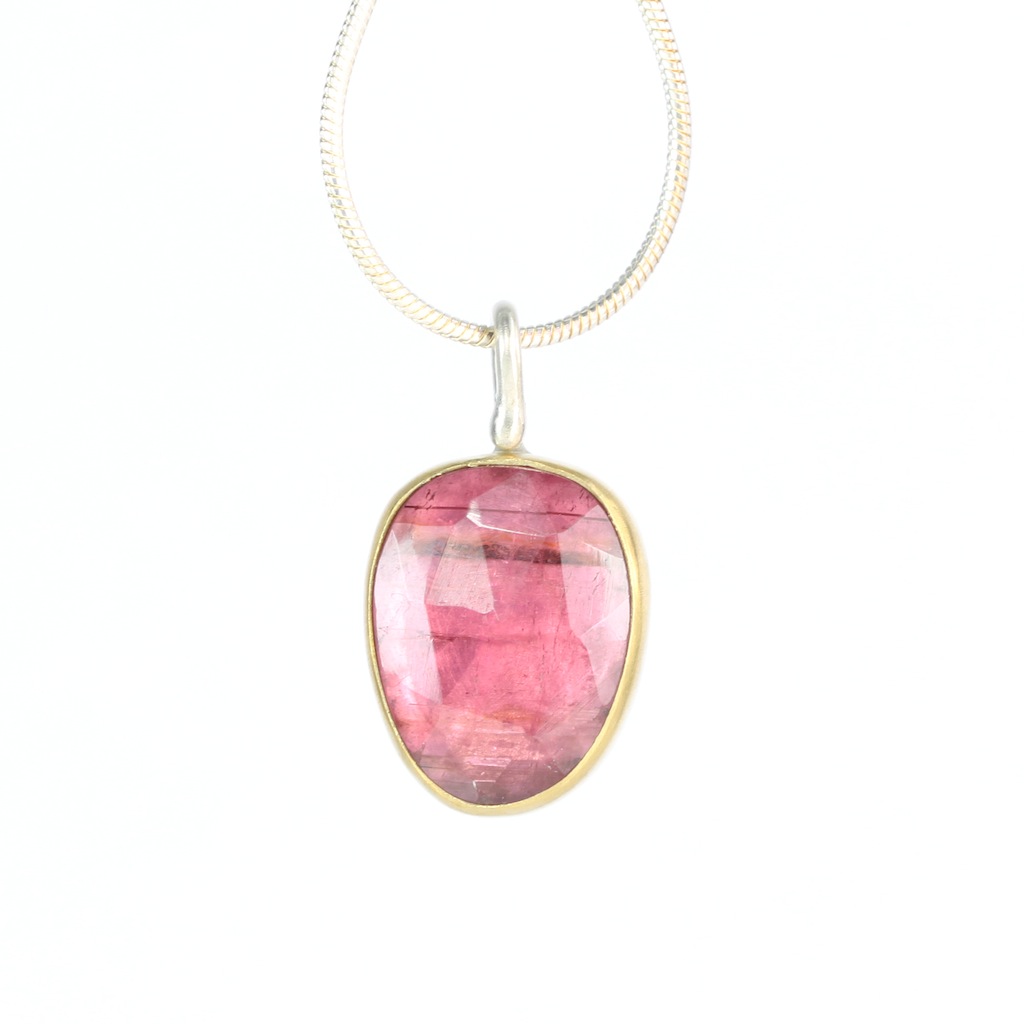 You can check out more details in the shop. Click on a photo to take you there. Here in New Orleans, it’s the “indoor” season, hope everyone everywhere is staying cool.