Did you know that garnets are known as the travelers’ stone? Good thing, I’ve been working with them AND traveling. Not my choice, my mom is ill 🙁 Garnets are also healing stones, and if they don’t work their magic on an incurable disease, maybe they’ll work on my psyche.

This post is late for obvious reasons, but now that I’m home for awhile, I’m going to keep working and making things. Therapy.

Here are some of my recent pieces: 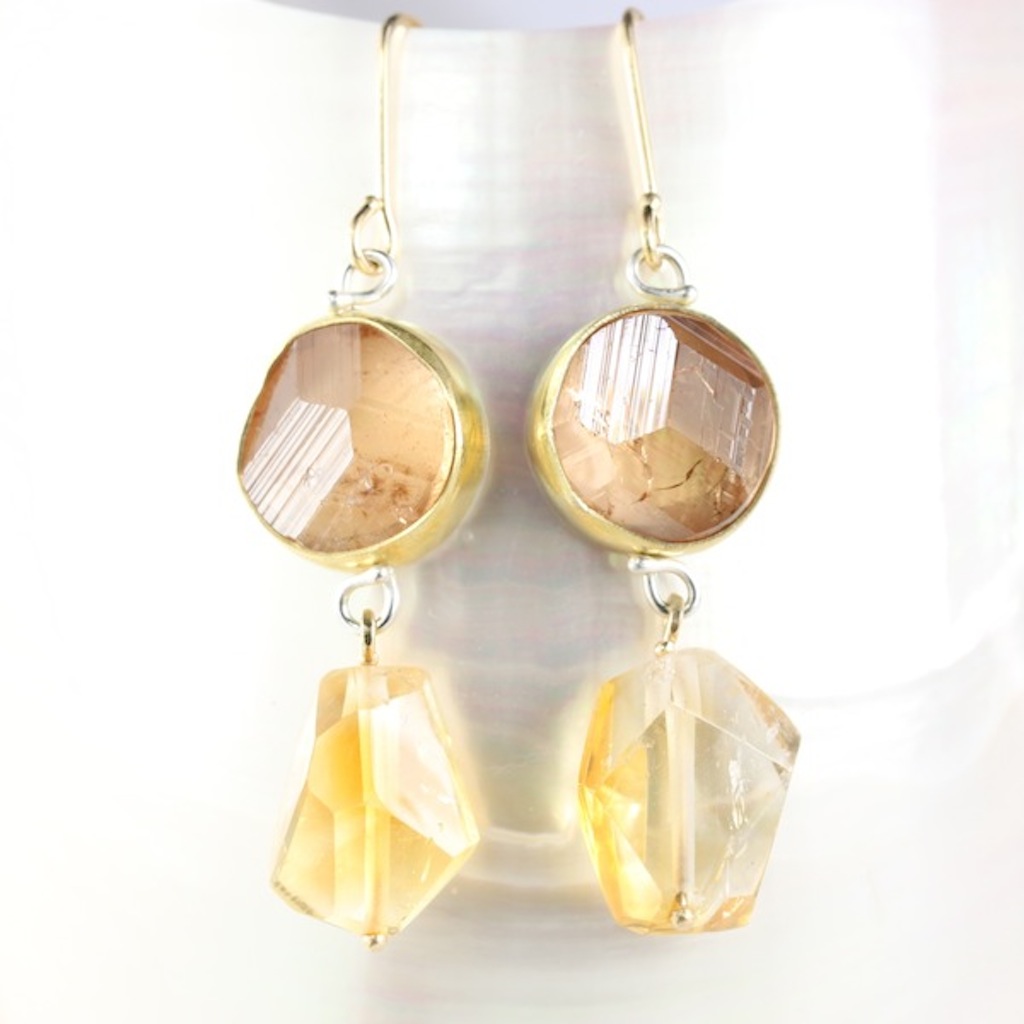 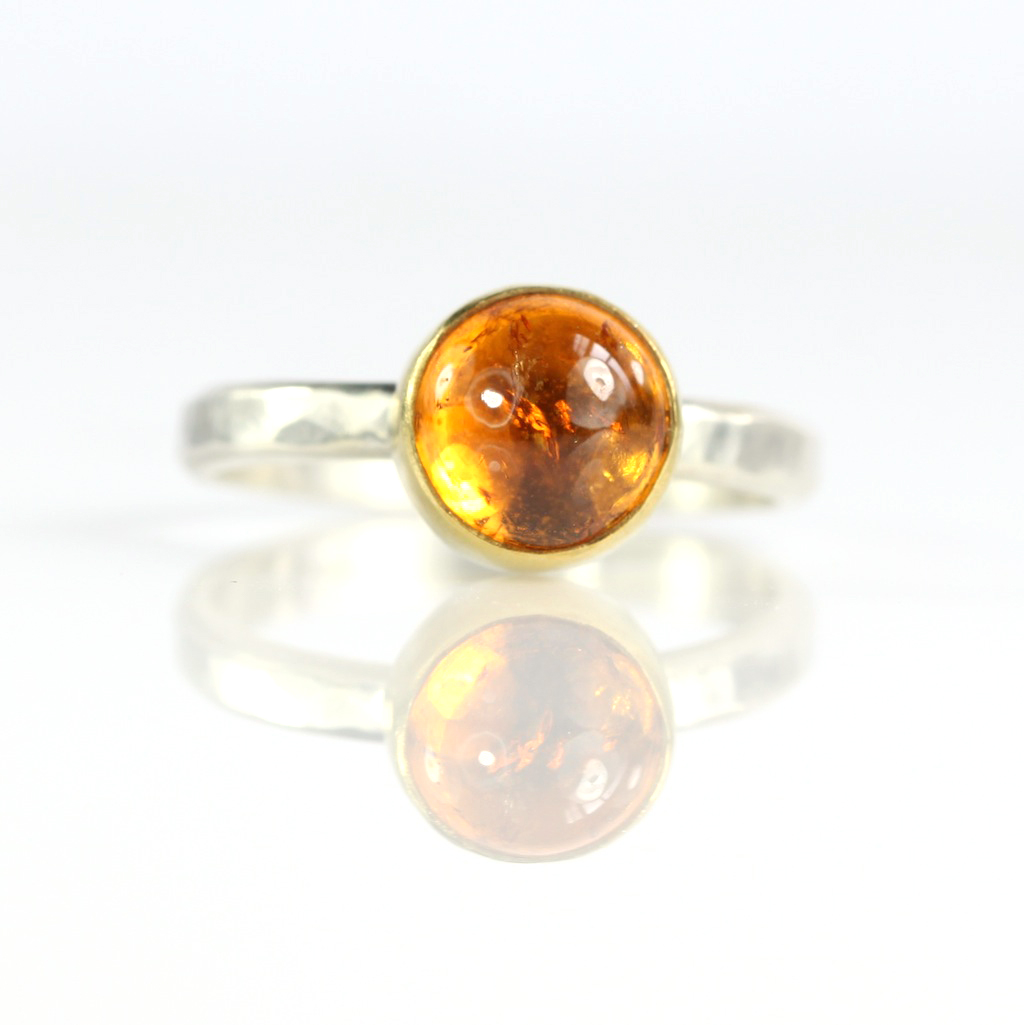 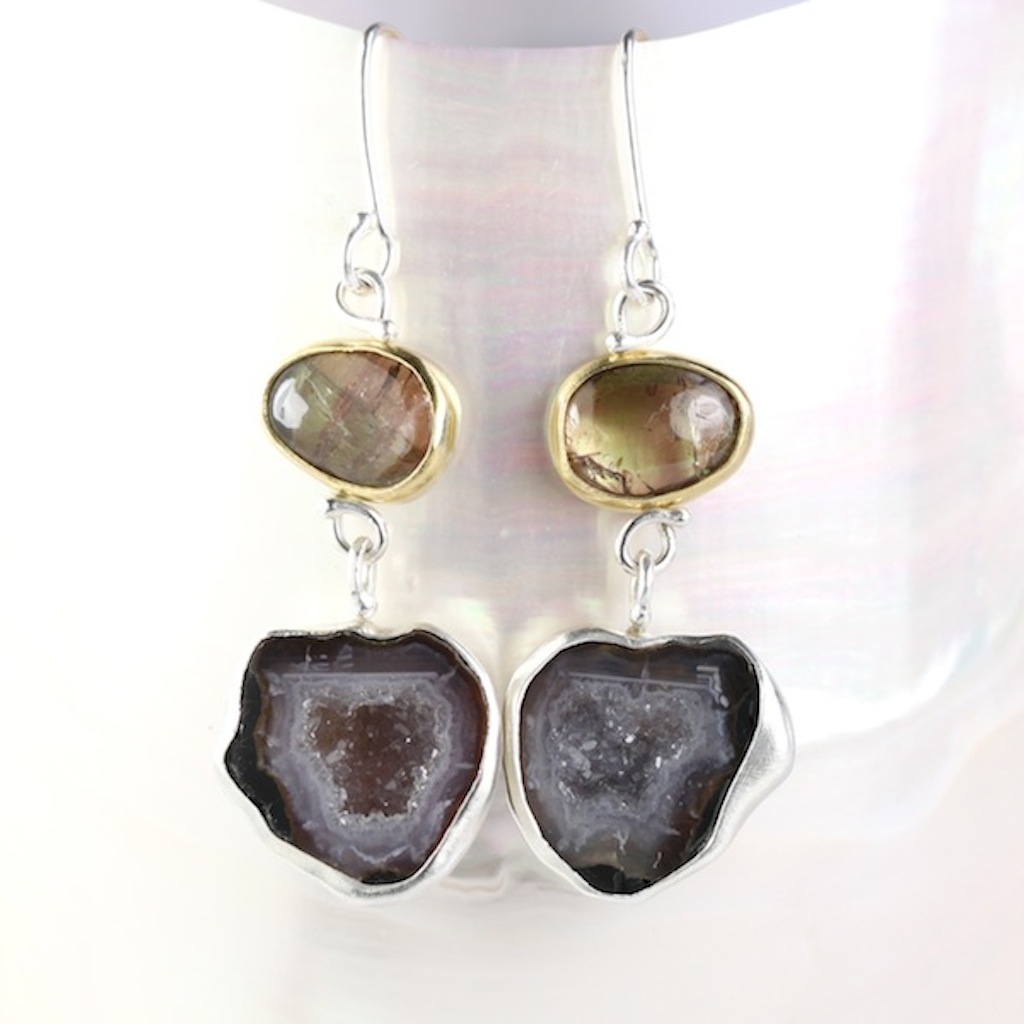 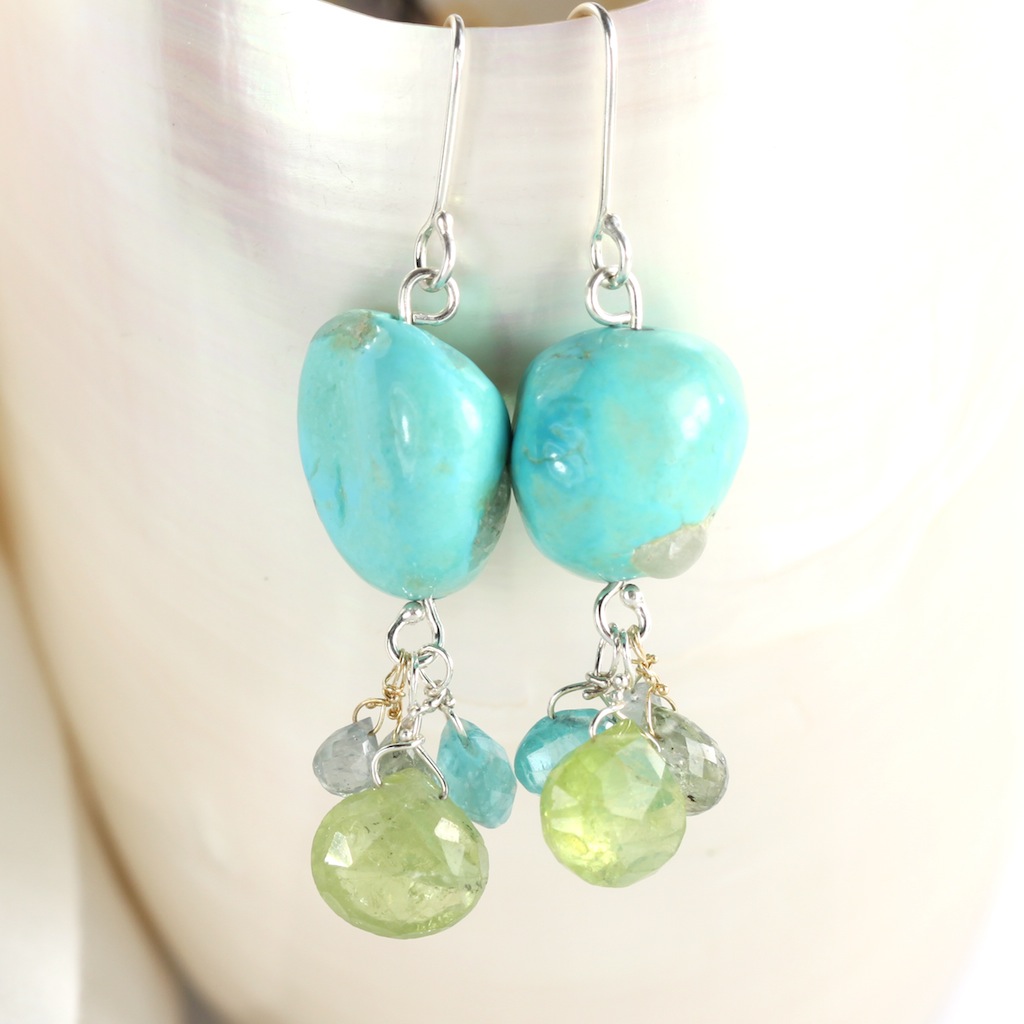 I recently received a package with some raw spessartite crystals. 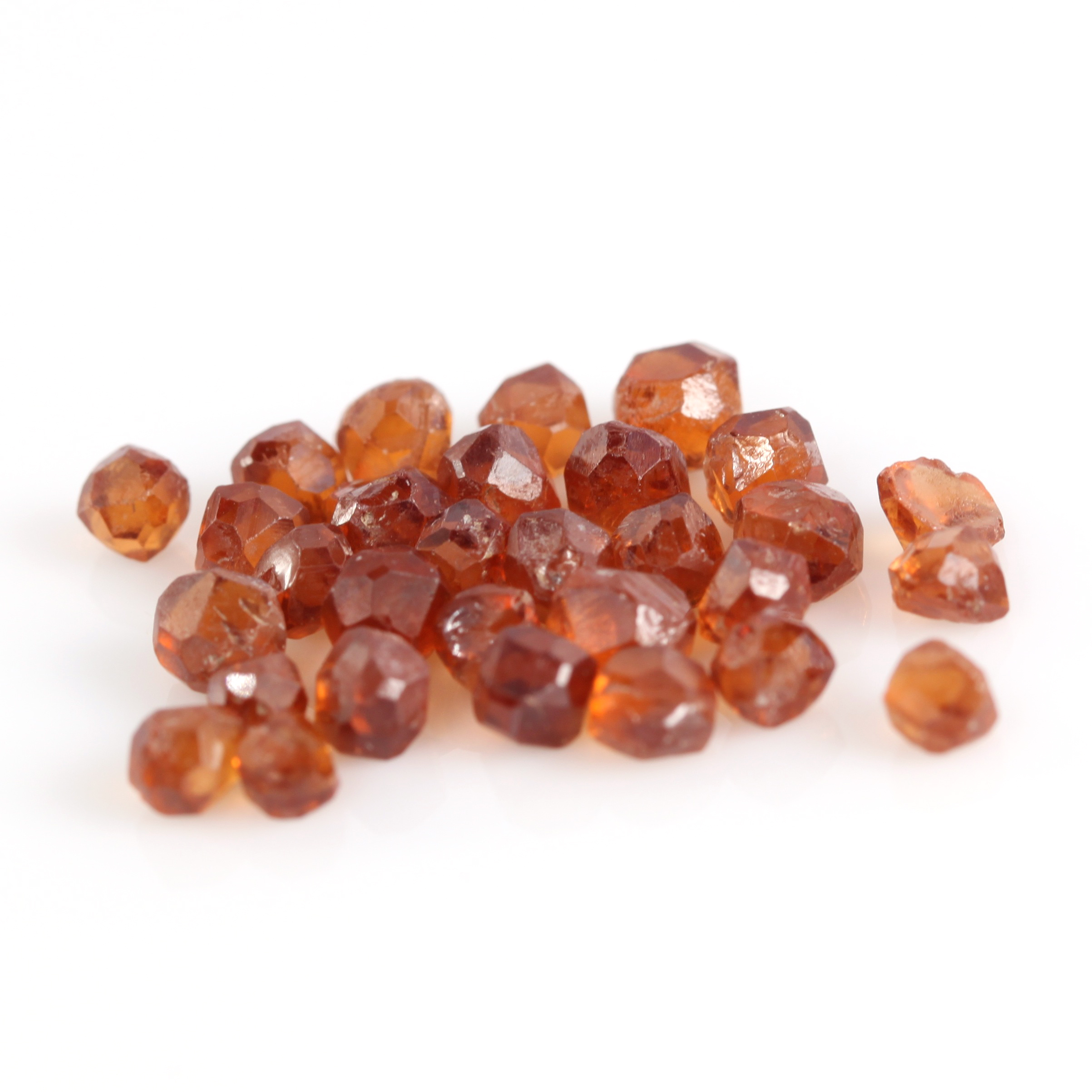 I really love the classic garnet and opal combination, here’s a little twist on the idea! 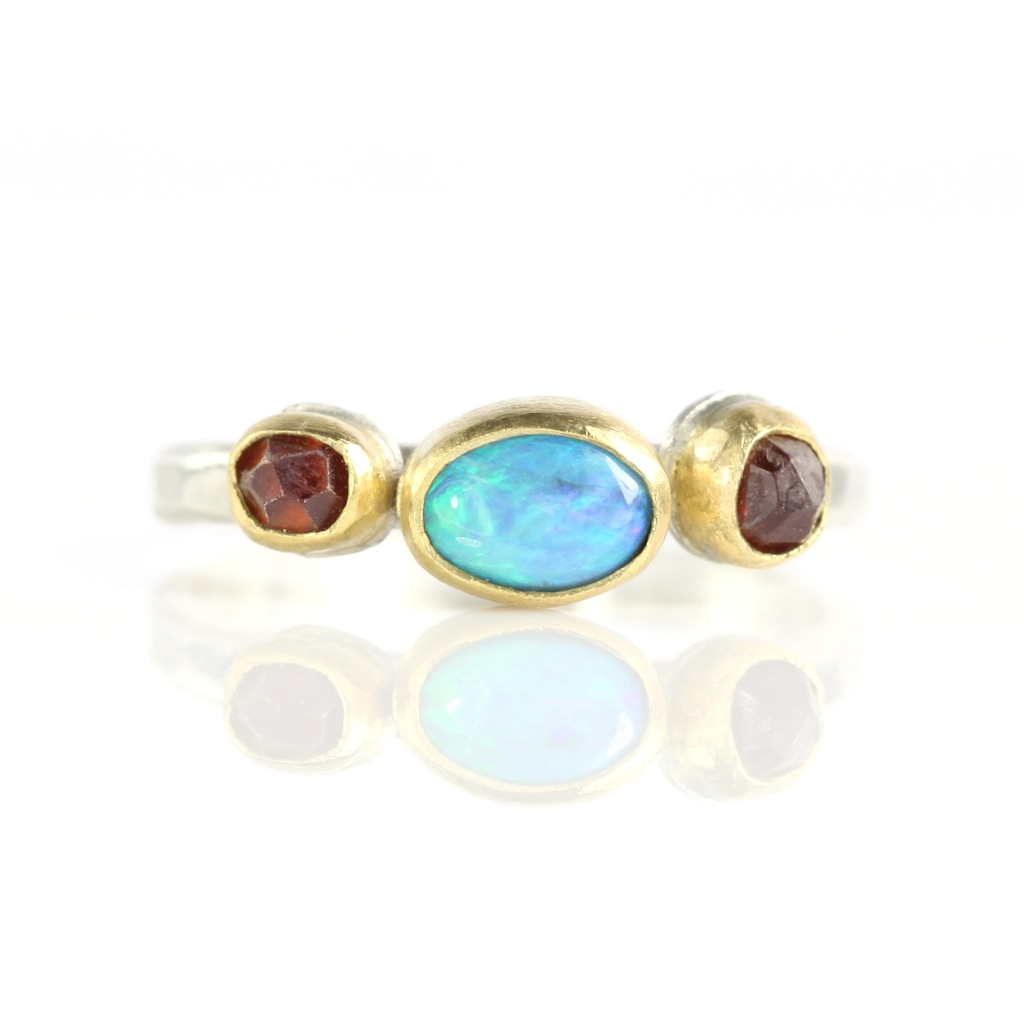 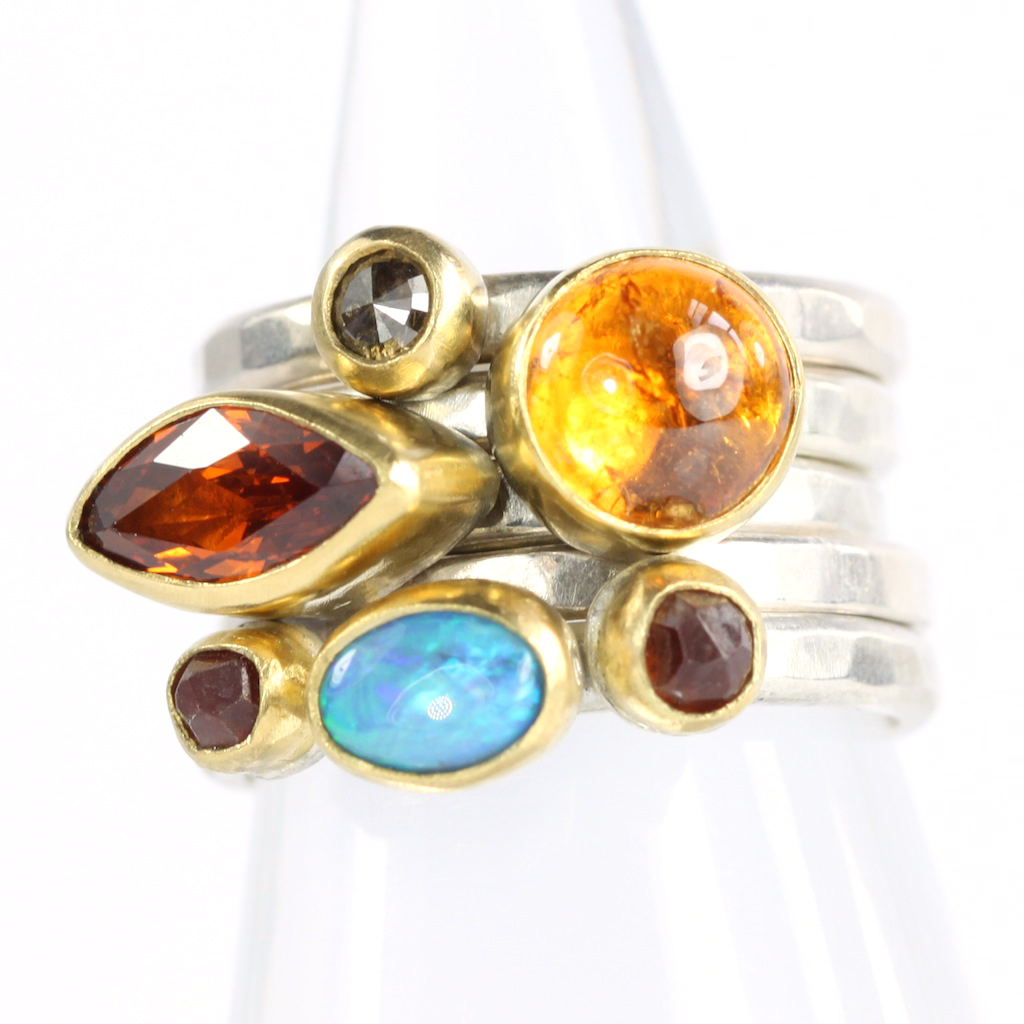 Garnets also happen to be my birthstone and I feel a June connection to them: When I was still young and beautiful, (and actually looked forward to celebrating my birthday) I decided to move it from January to June. Being born the day after New Year’s is a drag. June was a much better alternative. Most people aren’t hung over, and if you live in New Orleans, the four days between New Year’s and Twelfth night provide a much needed break to get your second wind. My birthday is really the only day nobody wants to party.

I actually got inspired to dig around in my garnet collection when my “matchy matchy” client (see Parure) sent me some of her family jewels. She wanted a couple of things “redone”. Here’s her Grandma’s necklace: 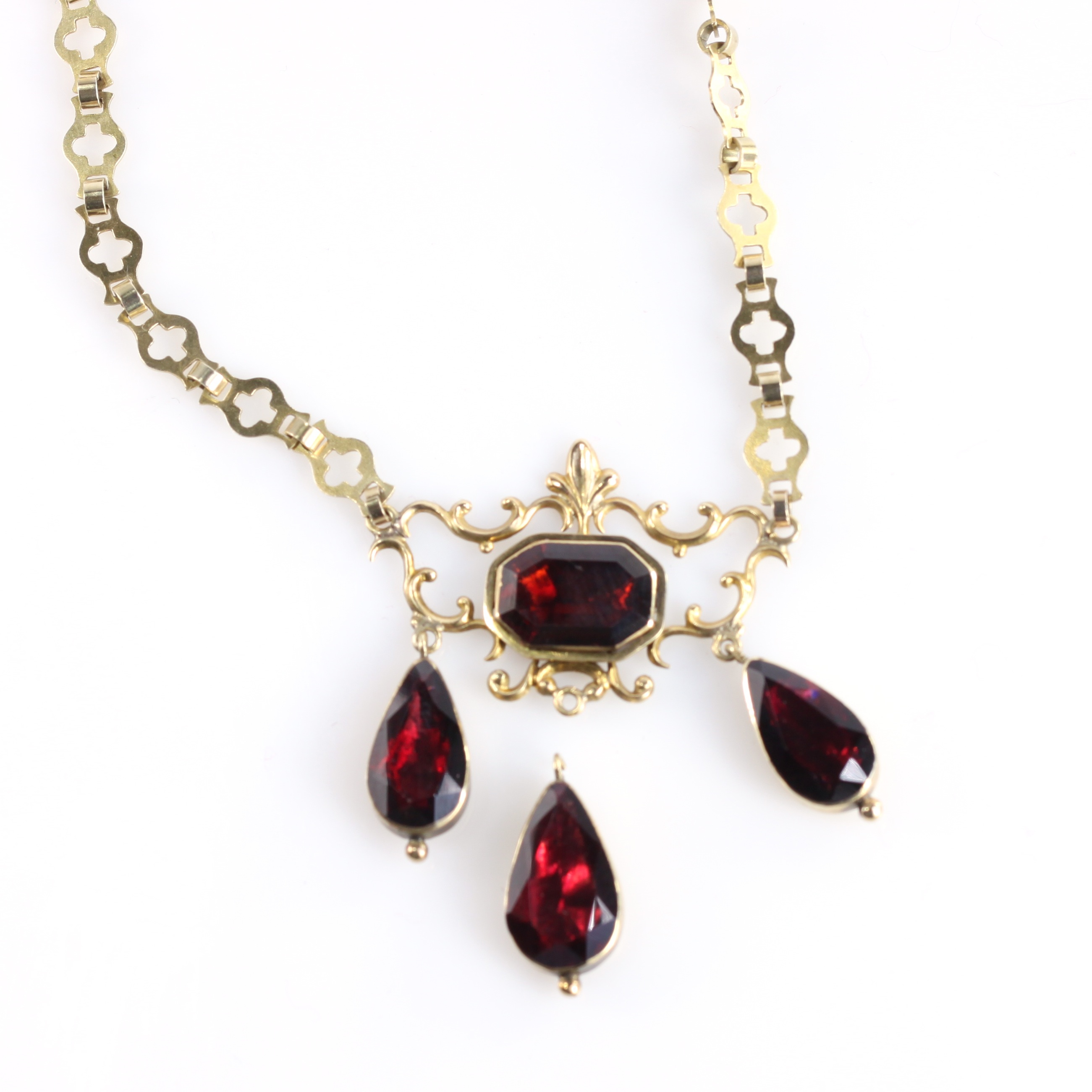 Here’s what became of it: 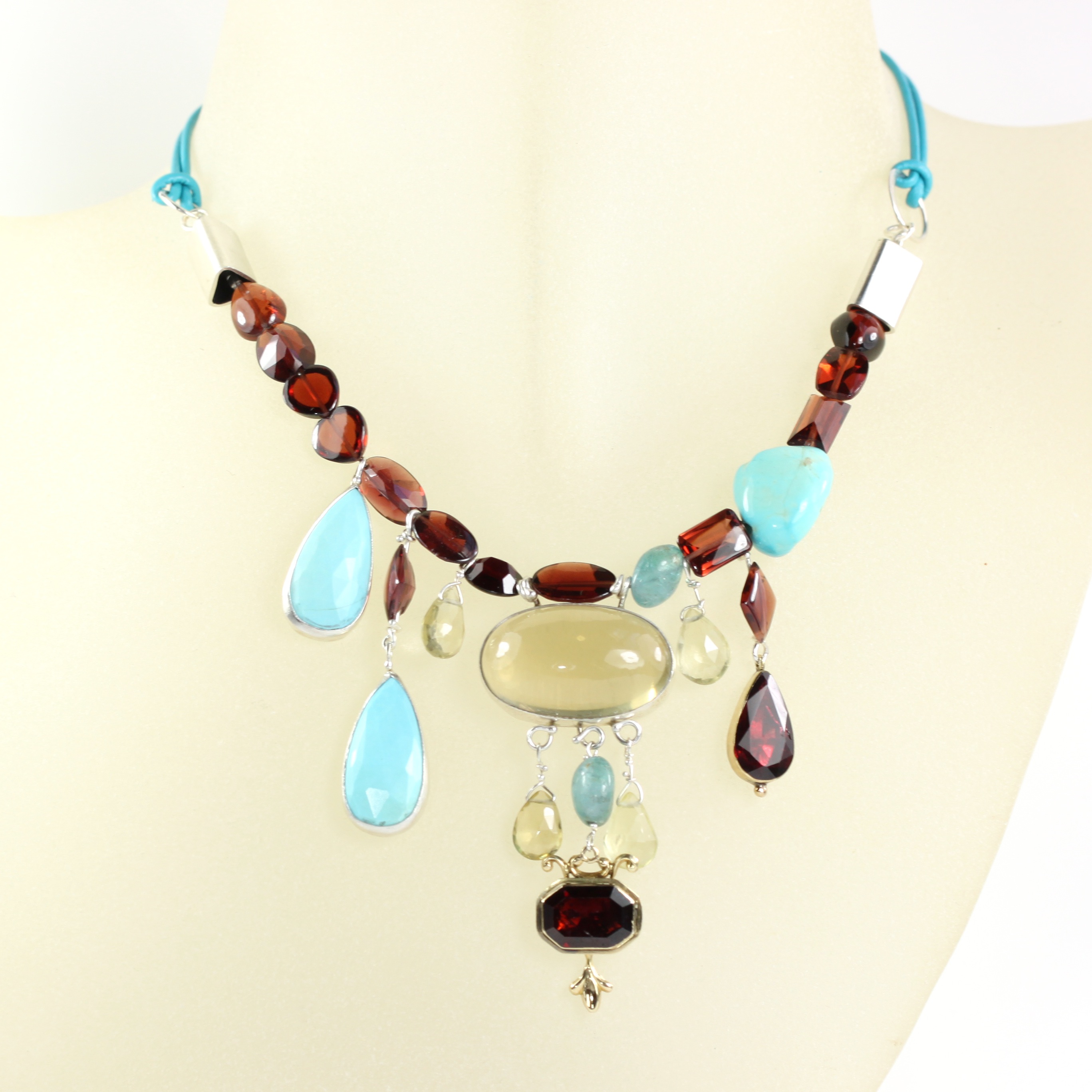 Because it was for Miz Matchy: 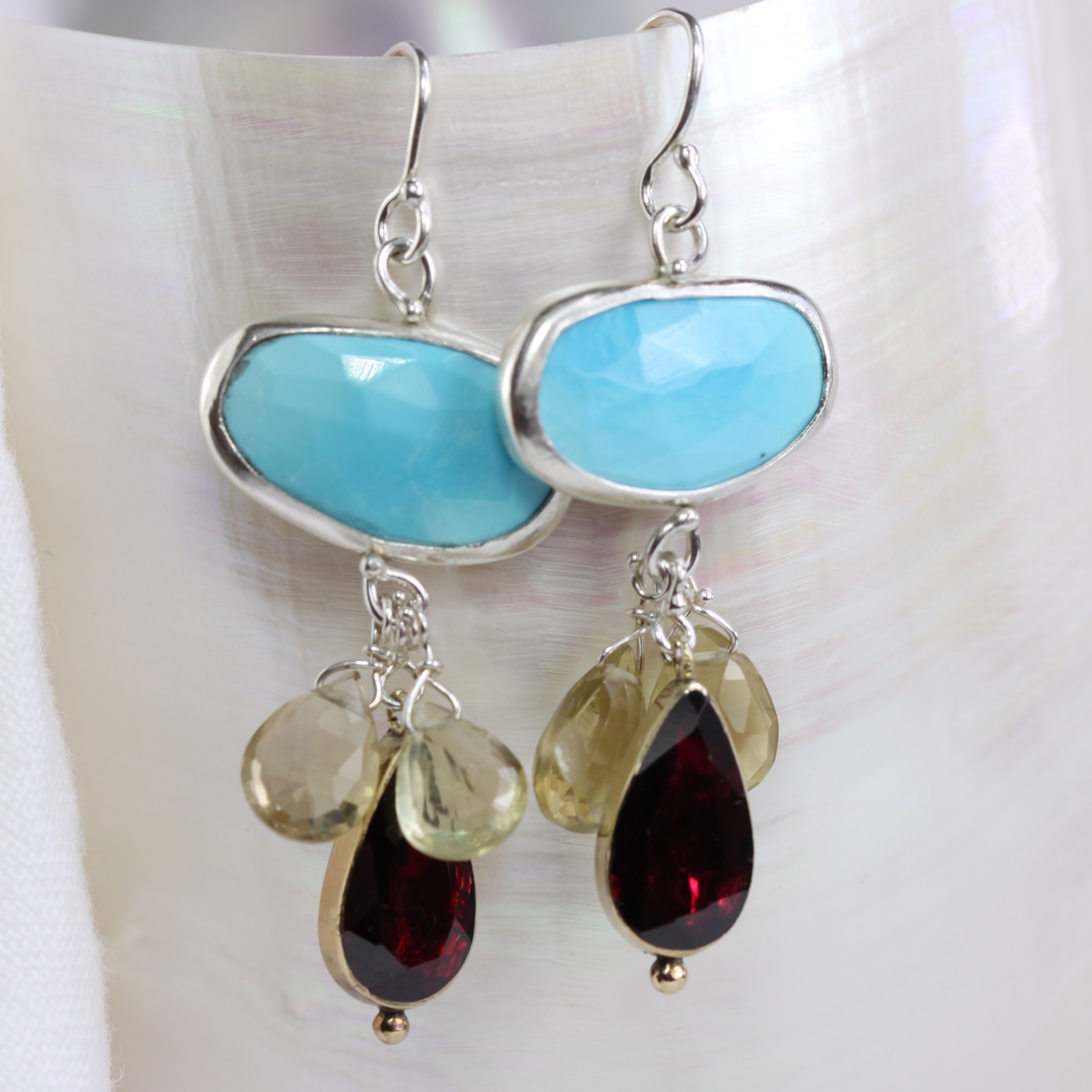 Inspired, I made this: 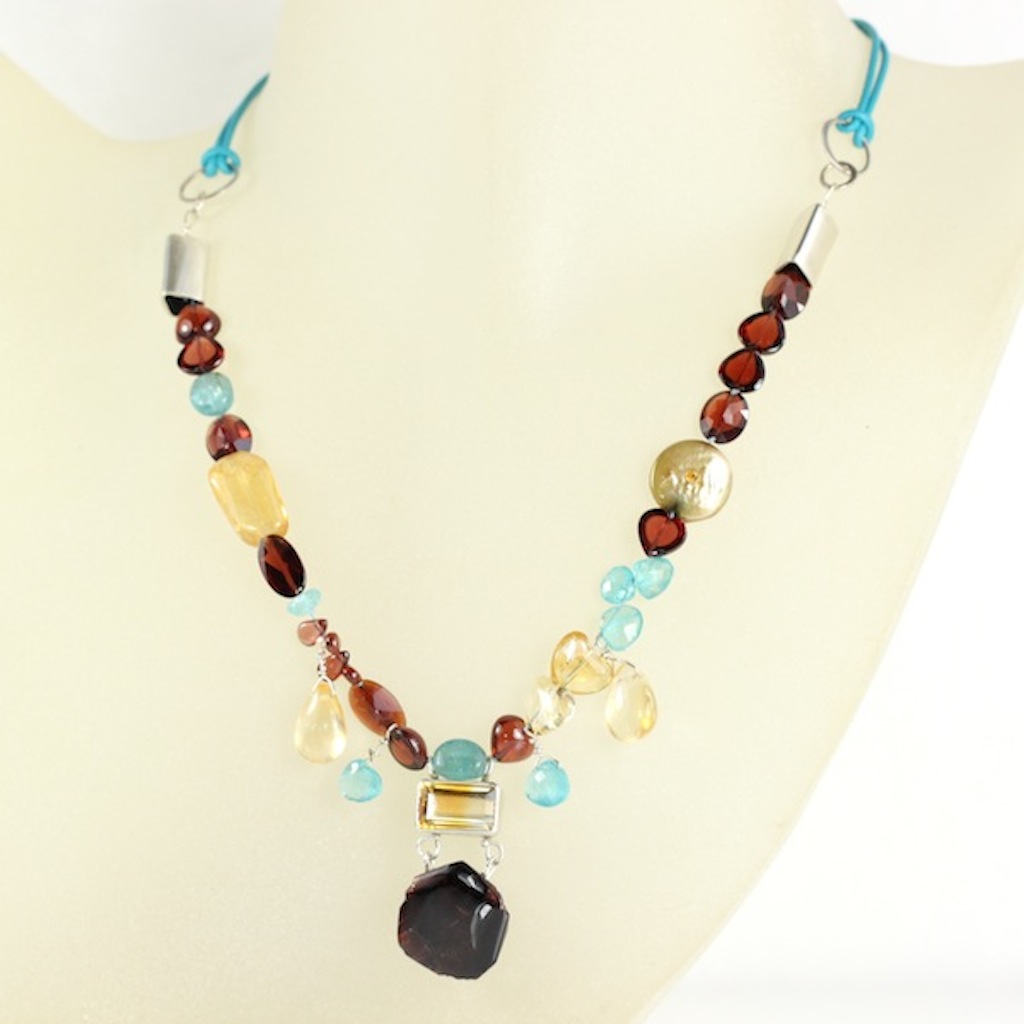 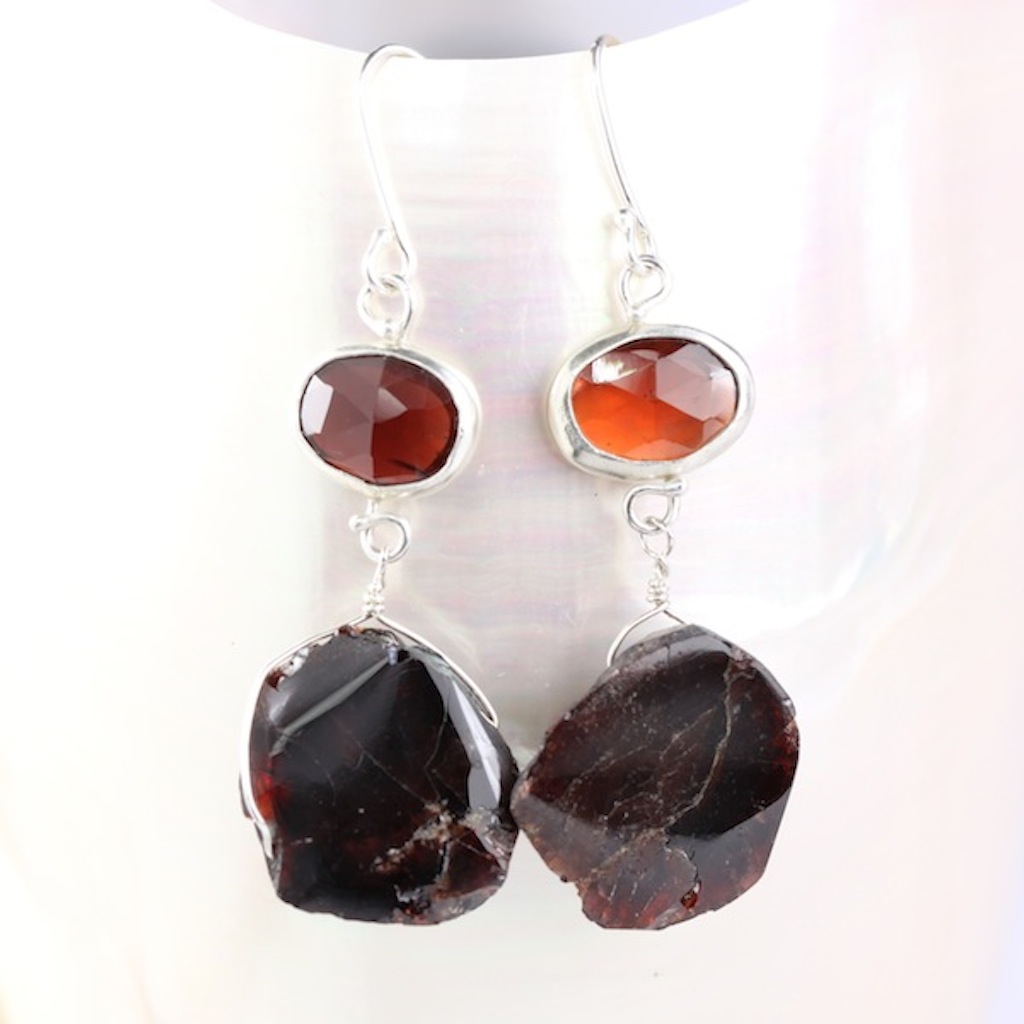 Besides being a protective traveling stone, garnets are reputed to help with just about everything! From sex and money, to health and happiness, to (get this) deterring enemies from hatching plots against you. I’m in.